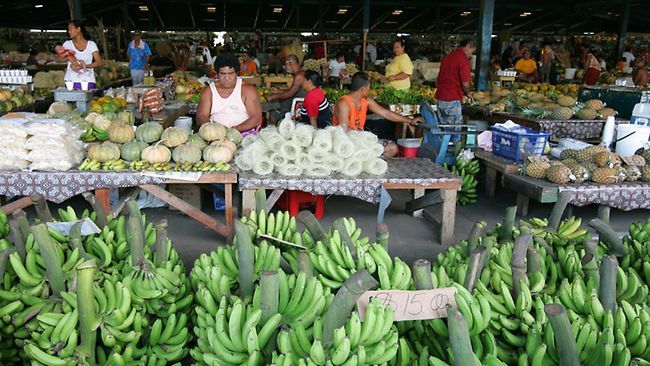 The island states Comoros and Samoa have joined the Economic Partnership Agreements (EPAs) between the EU and the group of countries from their respective regions. The EU now has 40 trade agreements in place with 72 countries.

Comoros is the fifth country from the Eastern and Southern Africa (ESA) region to ratify the Economic Partnership Agreement with the EU. Another four countries – Madagascar, Mauritius, Seychelles and Zimbabwe – have been putting the Agreement into practice since May 2012. The EU is the most important trade partner for Comoros. Its exports to the EU – mainly essential oils, vanilla and cloves - represent almost half of the country’s total exports to the world. The Agreement is provisionally applied for the EU and Comoros as of 7 February 2019.

Accession of Comoros to the EPA will strengthen its partnership with the EU, and further its preparedness for implementing the African Continental Free Trade Area (AfCFTA) as member of the African Union. Under the ‘Africa-Europe Alliance for Sustainable Investment and Jobs’, the EPA is one of the building blocks towards the future AfCFTA.

Samoa completed its process of accession to the Economic Partnership Agreement (EPA) between the European Union and two Pacific States (Fiji and Papua New Guinea) last year, and started applying the Agreement on provisional basis on 31 December 2018.

The EU-Pacific EPA has been implemented by Papua New Guinea since 2009 and by Fiji since 2014. The Agreement is also open to other Pacific States that wish to join it. Moreover, in 2018, the Solomon Islands submitted a formal accession request and Tonga notified its intention to accede to the EPA.

Economic and Partnership Agreements are trade and development cooperation agreements that provide duty-free quota-free access to the EU market on the basis of favourable rules of origin for the partners countries. They support export diversification, competitiveness and promote creation of local value chains. These aspects are particularly relevant to small island developing states facing additional challenges due to limited size of their markets, remoteness, and vulnerability to climate change and natural disasters.

These Agreements have helped exports from developing countries to increase significantly and contribute to their economic growth, entrepreneurship and job creation. Exports from the current members of the Eastern and Southern Africa EPA have increased by more than a quarter since 2012, reaching €2.8 billion in 2017. Vanilla and prepared fish were their main export products worth more than € 850 million in 2017. Since the start of the implementation of the EU-Pacific EPA, Papua New Guinean exports to the EU have increased by more than three quarters and amounted to almost €900 million in 2017.