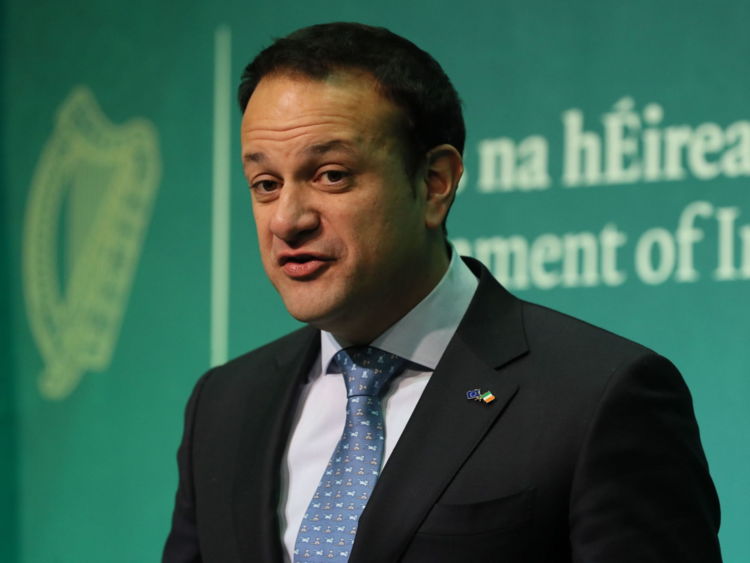 December’s deal to avoid a hard border stands and the preferred option to secure that is through a comprehensive free trade deal, the Taoiseach has said.

Leo Varadkar said the “tricky” part of the December deal “is and always was going to be” delivering on the commitment to avoid a hard border.

It comes just days after the EU’s chief Brexit negotiator reiterated that a UK exit from the single market and customs union would leave border checks unavoidable.

Mr Varadkar said the two goverments have now agreed to cooperate at official level to work out how the commitments given in December to avoid a hard border can be translated into reality.

“Both the British government and the Irish government are very much of the view that the agreement that was made back in December stands, and that we both prefer option A as the best option by which we can avoid a hard border in Ireland and that is through a comprehensive free trade and customs agreement involving Britain and Ireland,” Mr Varadkar said.

“That is the best way we an avoid any new barriers north and south and east and west and we have agreed to work together at official level to see if we can explore solutions as to how that can be achieved over the coming weeks and months.”

Mr Varadkar was speaking at Stormont after meeting with Prime Minister Theresa May. Both leaders were in Belfast amid expectations that a deal to restore power-sharing in Northern Ireland is close.

“All that is absolutely bullet proof. The tricky part is and always was going to be how we deliver on the commitment to avoid a hard border,” he said.

The objective of December’s deal is to reach a new UK-EU relationship - but if this doesn’t occur, then the UK will come up with specific solutions.

A final element was added at the request of the Irish Government, which essentially states that if no final deal can be done, the UK will maintain “full alignment” with the EU rules required to ensure that north-south co-operation in terms of trade, regulations and standards, can continue.

Mr Varadkar said it was the view of both the British and Irish Governments that the preferred option was not the final element.

Meanwhile, Mrs May urged the DUP and Sinn Fein to make a final push to strike a deal to restore power sharing.

Mrs May said there was a basis for an agreement. She met both parties. The Taoiseach also held party meetings, but did not meet the DUP.

Foreign Affairs Mnister Simon Coveney said people “shouldn’t read too much into” the fact that the Government did not meet with the DUP. Tensions between the DUP and government have been strained by Brexit.

The North has been without a powersaring administartion for more than a year, with Sinn Fein’s demand for an Irish language Act the main stumbling block to date. It has been speculated that a deal could be on the cards, however.

Mrs May said the DUP and Sinn Fein have been working hard to close the remaining gaps.

“Some differences remain but I think there is the basis of an agreement here and I have been urging the parties to make one final push for the people of Northern Ireland,” she said.

Sinn Fein President Mary Lou McDonald said: “We believe that we are close to an agreement which, certainly, we can put to our grassroots and to the community as a whole.”

She said “we are not exactly there just yet”, but added: “there is nothing insurmountable if there is the political will to reach an agreement”.

DUP leader Arlene Foster said good progress has been made.