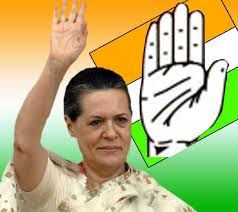 Congress to oppose free trade deal, both within and outside parliament

The Manmohan Singh-led UPA 2 government had initiated India’s negotiations on the Regional Comprehensive Economic Partnership (RCEP) in 2012, but Congress president Sonia Gandhi has decided that the party will stand against the free trade agreement, and is planning to protest the "anti-farmer" trade deal both within Parliament during the winter session from November 18, as also outside.

While a section of the Congress has reservations on speaking against the trade deal, senior leaders in the party said Sonia Gandhi is convinced that the party should protest the trade deal as it would hurt the interests of domestic industry, particularly dairy farmers. During the UPA years, Sonia Gandhi had written to prime minister Singh about her concerns on the India-ASEAN free trade agreement (FTA). This was after the Kerala unit of the Congress was opposed to that FTA as it had feared it would hurt the interests of plantation workers.

Not just opposition parties, there are concerns within the Sangh Parivar and other farmers’ outfits about the impending RCEP between 10-member ASEAN grouping and its six trading partners, including India. The Swadeshi Jagran Manch and Sangh Parivar affiliates oppose India signing an “unequal” RCEP.

The All India Kisan Sangharsh Co-ordination Committee, an umbrella body of 180-odd farm outfits, which spearheaded the farm protests across the country in the aftermath of the police firing in Mandsaur in June 2017, is also mulling an agitation on the issue of RCEP likely to hurt dairy farmers. Farm leaders Yudhvir Singh of Bhartiya Kisan Union and others have warned the government against signing the deal. Some of the farm organisations have threatened protests from October 24.

Sources in the opposition said it was likely that all the protests could converge, as they did when the opposition as well as the Sangh Parivar opposed the Narendra Modi government’s land bill in 2015.

On Monday, Congress Rajya Sabha member Jairam Ramesh tweeted against the RCEP deal. He said it would be a third jhatka, or jolt, to the Indian economy. Ramesh said the RCEP would mean more imports from China impacting Indian MSMEs, dairy imports from New Zealand and Australia hurting farmers and cooperatives and free data flow would compromise India’s data security. Party sources said Ramesh’s tweet was not merely his personal view, but that of the Congress party. They said the Congress president was on board that the party should oppose the RCEP in its current form. Ramesh had opposed the ASEAN-India FTA as well.

There have already been protests against the RCEP. The Swadeshi Jagran Manch had announced protests from October 10 to 20. Farm leader Shiv Kumar Sharma ‘Kakkaji’, formerly associated with the Sangh Parivar, is also leading an agitation against RCEP. Sharma, 70, last hit national headlines when police in Mandsaur shot dead six farmers in June 2017 and sparked a nationwide farmers’ agitation. That agitation contributed to the Bharatiya Janata Party (BJP) losing Assembly polls in Chhattisgarh, Madhya Pradesh and Rajasthan in December 2018.