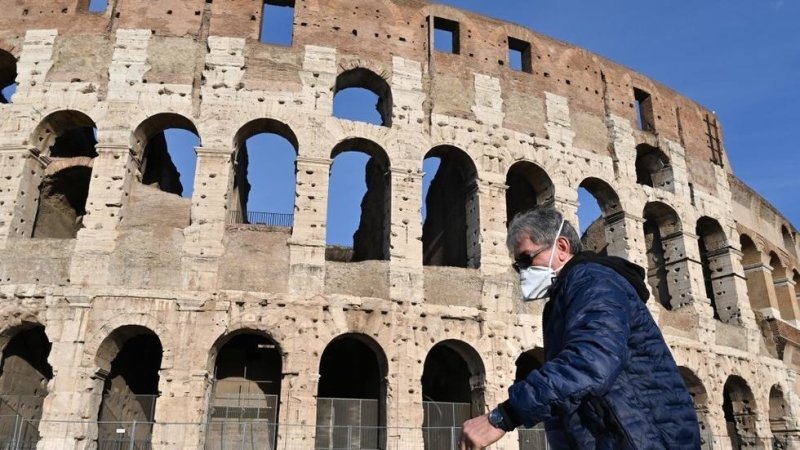 The spread of the coronavirus epidemic is set to derail post-Brexit trade talks between London and the EU, UK Cabinet Office minister Michael Gove admitted on Wednesday (11 March).

The second round of talks on future EU-UK relations are due to be held in London from 18-20 March next week. But with the number of coronavirus cases in London and Brussels having increased in recent days, and scientists forecasting a further increase in the coming days, Gove said the two sides were discussing the practicalities of holding the talks.

“It is a live question,” Gove told UK lawmakers at a hearing of the Future Relationship with the EU committee, adding that “we have had indications from Belgium today that there may be specific public health concerns.”

The volume of confirmed coronavirus cases in the UK has rapidly increased in recent days and has now claimed its first major sporting victim – a Premier League fixture between Manchester City and Arsenal. Two MPs, including Health Minister Nadine Dorries, are in self-isolation after Dorries confirmed on Tuesday that she had contracted the virus.

The coronavirus epidemic could also mean postponing the first meeting of the Joint Committee tasked with drawing up a regime to ensure that there is no return to a hard border between Northern Ireland and the Republic, which is currently scheduled for 30 March.

However, even if face-to-face talks are delayed, Gove once again flatly ruled out the prospect of any extension to the eleven-month transition period, during which the UK remains in the Single Market until 31 December.

Lisa Nandy, a candidate in the race for the leadership of the opposition Labour party, has already called for EU and UK negotiators to agree an extension in the light of the coronavirus epidemic.

Gove is one of Prime Minister Boris Johnson’s closest allies and is expected to be the details man in Johnson’s negotiating team.

In another sign of the political dominance that Johnson’s government enjoys in Westminster following last December’s decisive election win, Gove told MPs that the government would not publish an impact assessment of its trade deal with the EU. Nor does the Johnson government require parliamentary approval of its negotiating mandate.

He also conceded that an agreement with the EU on future security relations was unlikely to be concluded before December 2020. The pact on security and defence is one of a series of international agreements that the UK wants to broker with the EU outside the scope of a Canada-style free trade deal.

UK officials had previously described “a suite of agreements that can and should be delivered” in full by December.

Meanwhile, Gove also refused to be drawn on whether the Northern Ireland protocol agreed by Johnson and then Irish Taoiseach Leo Varadkar last September would lead to additional checks at the border.

The EU has repeatedly said extra checks on goods going from Great Britain to Northern Ireland, and on to the Republic, are inevitable – a point which has been conceded by UK officials but disputed by Johnson and other ministers. Instead, Gove told MPs that he would look at “developing” the protocol.