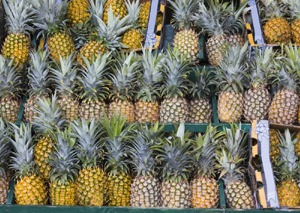 Central America hopes to lose tariffs on exports to EU

Representatives from Central America (CA) and the European Union (EU) met yesterday, March 17th, to negotiate new trade policy. The meeting is a preliminary part of the Association Agreement between the EU and the six countries that make up the Central American isthmus (Costa Rica, El Salvador, Guatemala, Honduras, Nicaragua and Panama). One of the key elements being proposed by the Central American committee is the lowering of tariffs imposed on certain agricultural products to allow for more competitive trade.

The CA representatives are requesting that fruit, flowers, plants and most agricultural products are allowed to enter the EU tax free. Another part of the proposal is that preferential treatment is given to dairy products and pork meat and derivatives. Preferential treatment in this case means that these products will be not be allowed to enter the EU market entirely tax free, but they will have a pre-established quota.

In 2003, the market made up of Costa Rica, El Salvador, Guatemala, Honduras, Panama and Nicaragua accounted for 0.4% of EU exports and was the source of 0.3% of EU imports. This may not seem like much right now and that is exactly what the Association Agreement wants to change. The EU offers a large and wealthy market for our agricultural products like banana, melon, pineapple, flowers, ornamental plants, fruit juices and concentrates, and hearts of palm.

Among the CA negotiating team, Costa Rica’s representatives are taking the lead in reaching a consensus in terms of balancing commercial growth and sustainable development. Topics like protecting the environment, social services and labor rights are part of the areas where Costa Rica wants to make its voice heard so that other CA countries think about the long-term effects of increased trade.

Earlier last week, President Arias of Costa Rica was critical of the EU’s protectionist policies whereby European farmers receive high subsidies and tax breaks. During a press conference prior to meetings with other regional heads of state, Arias commented, “The Europeans have never been incongruent between what they say and what is put into practice. They speak of free trade, yet protect their farmers, which shows great hypocrisy.” The protectionist policies Arias speaks of make it difficult or virtually impossible for Central American agricultural products to compete on a level field with EU farmers.

Although President Arias has been critical of the Europeans because of their protectionist policies, he has also praised them for being “more generous” than the Americans were with CAFTA (TLC). As is happening with the implementation of the TLC in Costa Rica, whatever the EU/CA negotiators agree on will pass into the hands of the inefficient Legislative Branch where laws are usually stonewalled for years as part of political power plays.

The CA counterparts, representing the 27 countries that make up the EU will be submitting their offer today. At this early stage of the negotiations, it is expected that the EU’s proposal will be conservative while the CA group has an aggressive agenda on the table. It remains to be seen how the negotiations will progress although things are looking positive at this early stage.