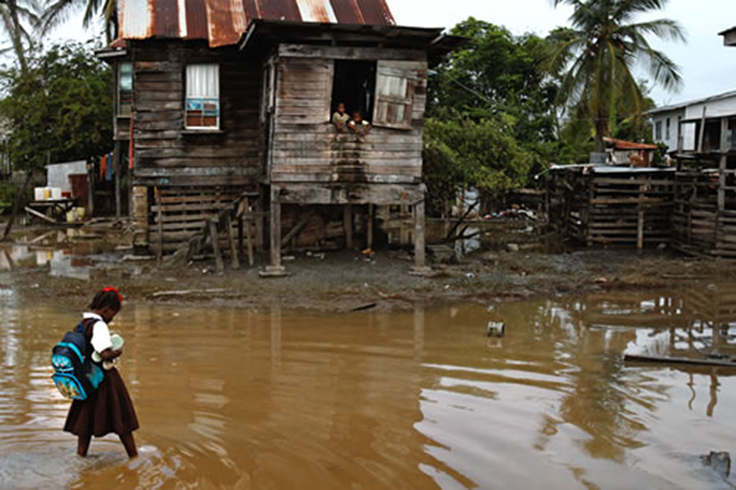 Cracks appear in EU-ACP unity at Cotonou meeting in Dakar

Dissent was heard at the high-level meeting in Dakar last week of the EU and the 79-member states of the African, Caribbean and Pacific group.

At stake during the five days of meetings outside the Senegalese capital was a successor agreement to the Cotonou agreement, which expires in 2020.

Along with the EU Commissioner for International Cooperation and Development, Neven Mimica, leaders and representatives from some of the poorest countries in the world were present for talks on economic, political and development cooperation.

Although no formal conclusions have yet been issued, a preliminary statement admits that the council repeated previous demands that the EU show more “flexibility” towards the poorer states in the remaining negotiations.

That was reiterated from the stage at the freshly-built conference centre, some 40km outside Dakar.

Bharrat Jagdeo, the former president and prime minister of Guyana, speaking on Thursday (28 April), lambasted the process, saying: “I think our European partners have not listened to us many times.”

In an outspoken attack, he continued, “I struggled before I came here what tone I should take.” Acknowleding the need for an “honest debate”, Jagdeo said he was “tempted to list all the thing that [are] wrong with the partnership over the years.”

Conceding that “the quantity of resources transferred from the EU to ACP…is the biggest source of development financing for many countries that sit in this room”, Jagdeo added “There are things that work, and things that do not work” but that decisions on which is which “seems to be the preserve of Brussels and a few groups in the know.”

He was speaking at an open session, entitled the “From Lome to Cotonou post 2020: a changing perspective in the EU-ACP relationship.”

The Cotonou Agreement, signed in the capital of Benin in 2000, replaced the Lome Accords of 1975 and is now itself due to expire in 2020.

Annual conferences searching for a successor agreement are held annually, alternating between Brussels and host venues across the ACP nations. Delegates from the ACP nations arriving at the conference centre outside Dakar.

Jagdeo, speaking before an audience of around 200, continued, “When the Dutch minister [the Netherlands currently holds the rotating presidency of the European Council] says we need ‘more regional cooperation’, we hear ‘the break-up of the ACP” to loud agreement from delegates.

He pointed to the example of fellow ACP-member St Kitts and Nevis, saying, “There are more people working in the UN building [in New York] than it’s population. How can it be heard equally? How can it’s economy prosper without preferential treatment?”

“There is policy incoherence in Europe,” he said, claiming that changes in trade rules on sugar had cost his country $40,000 dollars a year – a large sum for Guyana.

“We did badly with preferences, we’ll do worse with reciprocity,” he warned, firing a shot across the bows of the ongoing negotiations.

The next heads of state and government summit of EU-ACP leaders will take place in Papua New Guinea at the end of May where a report – containing two years of research – will make suggestions on future “reform and reposition” of the organisation.

On sugar, the council “welcomed the developments recorded in discussions with the EU on sugar, including assurances that the EU safeguard mechanism is not applied systematically, and that the EU will not require mandatory labeling of country of origin (COOL) regarding sugar.”

The ministers also insisted that there is no intervention to increase the supply of sugar in the EU, which would jeopardize the fragile recovery in sugar prices in some member states ACP.

The council of minister also adopted a decision calling more funding be allocation to the outbreak in the Caribbean of the Zika virus, declared a public health emergency by the World Health Organisation.