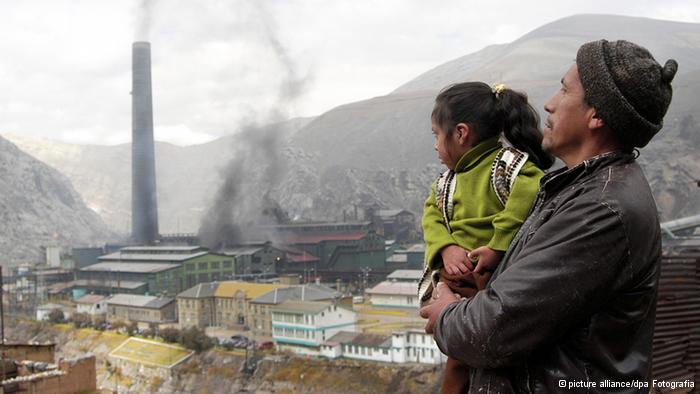 The EU is set to liberalize trade with Colombia and Peru. Human rights organisations fear that Latin American farmers will suffer.

In the coming days, the European parliament is set to ratify a free trade agreement with Peru and Colombia. The goal is clear: both sides have agreed to almost entirely scrap customs duties. What’s less straightforward, however, is how exactly the agreement will work out for the two countries and the EU.

Daniel Caspary, a Conservative Member of the European Parliament, believes that the deal is a great step forward in relations between Latin America and Europe. "Article 1 of the agreement sets out the respect for human rights as the basic condition. The message is clear: human rights are unconditional and more important than getting rid of trade restrictions."

Environmental standards are another condition that the partner countries have to commit to. Social Democrat and MEP, Bernd Lange, said that "while not all expectations have been met, there’s been significant progress, especially in recent months."

Many human rights groups and trade unions in Peru, Colombia and Germany take a different approach. 25 organizations, among them Pax Christi, Misereor and Attac, sent an an open letter to the European Parliament, warning of a rise in social tensions and conflicts in Peru and Colombia.

Both countries are rich in precious metals and the alliance of NGOs warned that international investors might exploit these primary resources to Peru and Colombia’s detriment.

Bernhard Merk from the German-Peruvian Group Infostelle-Peru, told Deutsche Welle, that some of the provisions of the trade agreement are not binding. "They put human rights in there, but there are no mechanism for sanctions in case of violations. The same goes for social and environment standards."

That’s the reason why the Social Democrats in the European Parliament had pushed for an addition to the agreement but even that made little difference, said Merk. "Our Peruvian partners say the only provisions in the agreement that are binding, are in fact investors’ rights."

Merk points to protests surrounding new mining projects in Peru. Protests have turned violent in recent months. "The people are right in pointing out that they use these areas for agriculture and that the mines pollute the soil so they can’t have animals grazing in that area anymore." Merk says that 15 people have been killed in past years during clashes with the police or the military.

There’s another point of contention: Peruvian and international companies are increasingly producing crops for exports and sugar cane for ethanol production. Production is encroaching on scarce farming land, Merk says.

"The coastline of Peru basically is a desert. There’s only water in a few places where the rivers are coming down from the Andes. That means that the possibilities to grow food is very limited."

Merk stresses that consequently food prices are rising, while water levels are falling.

"We demand the trade agreement to not be ratified. I’m more in favor of an agreement that would ensure the Peruvian markets," Merk says. "The past shows that the countries that protect their markets have a better chance at progress and development."