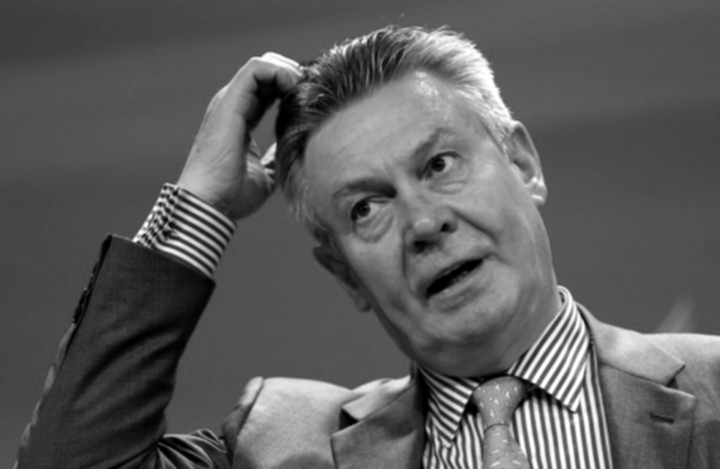 EXCLUSIVE: The European Commission has rejected claims it misrepresented the possible economic benefits of the Transatlantic Trade and Investment Partnership (TTIP).

In a letter obtained by EurActiv, Trade Commissioner Karel De Gucht said his department would “endeavour to be clearer” when publicising the advantages of the EU-US free trade agreement.

De Gucht also called on political organisations and campaigners to defuse the occasionally explosive discussions around the trade talks.

While conceding the Commission could do better – without admitting any deliberate misrepresentation – the Trade Commissioner also urged parties and pressure groups to keep the debate around TTIP “factual and rational”.

Friends of the Earth Europe and BEUC, the European Consumers’ Organisation, said in an earlier letter that the Commission had exaggerated the economic benefits of a transatlantic deal.

The figures used in the executive’s communications were based on a Centre for Economic Policy Research (CEPR) study, which it commissioned.

The Commission had almost exclusively used the study’s highest estimates of the potential boost to gross domestic product (GDP) when communicating about TTIP, it added.

The executive deemed that an ambitious TTIP would boost the EU GDP by about 0.5% and 0.4% in the US and every EU household would benefit to the tune of some €545. NGOs complain that the Commission has not been clear on the time scale of those benefits, used unsubstantiated figures regarding job creation, and used language that could not be understood by the general public.

In his letter, De Gucht said the higher estimates in the independent CEPR study derived from its “ambitious experiment” modelling.

“We make it clear when we cite figures that we are talking about an ambitious TTIP deal […] I can assure you that the Commission does not intend to conclude the negotiations until we have met our agreed goals,” De Gucht retorted.

In the letter, he explained the detailed reasoning behind the GDP figures, which he said the study likely underestimated.

De Gucht said his department would try to be clearer that the potential impact of TTIP on future job creation, explaining that benefits would not happen immediately.

He pointed to a Commission explanatory document to the CEPR study, which says the expected benefits are drawn from a projection of the impact by 2027. The job creation figures were based on previous research combined with the CEPR study, he said.

“We have absolutely no intention of using ‘obfuscating’ language about TTIP in our publications,” added De Gucht.

‘’It is true that many areas of trade policy are technical and our economic and negotiating jargon may not always be sufficiently adapted to each and every audience,” he said. “We need to find the right balance between communicating the full detail and communicating in a way that non-experts can understand clearly.”

While the letter is addressed to Friends of the Earth Europe and BEUC, EurActiv understands its intended audience is far wider.

The Commission has had to repeatedly deny claims from some groups that, for example, TTIP would lead to a lowering of food safety standards or include public services.

Responding to accusations of a lack of transparency or willingness to address campaigners’ concerns, the Commission has said it holds frequent meetings with civil society organisations, adding "its door is always open."

“A public debate on TTIP is very welcome,” De Gucht wrote, “[But] the debate on TTIP should be based on facts, not fear or hyperbole […] where concerns are based on fear and hyperbole, and are therefore unfounded, and we can only try to communicate better.

“Having said this, I also believe that high profile participants in the public debate carry an important responsibility in keeping the debate factual and rational,” he added.

Food safety is one of the most divisive issues in TTIP. Both the Commission and the US ambassador to the EU Anthony Gardner have accused NGOs of ’’spreading misinformation’’ over Twitter and Facebook.

The Belgian commissioner said in May, ’’You have the campaigns by the social media, groups using the social media, a number of NGOs spreading sometimes, I would say, complete lies, for example on hormone meat’’.

Campaigners were furious with De Gucht for accusing NGOs of ’’scaremongering’’ over food safety. As recently as the 28 August, they wrote to the commissioner, warning it would irreversibly put EU consumers and animals at risk.

A fortnight ago, the Commission criticised Greens in the European Parliament for a video which attacked TTIP as a deal that would spur ’’a race to the bottom’’ in food and animal safety standards.

’’Commissioner De Gucht has repeated many times that EU standards will not be lowered. There will be no hormone-beef in Europe and we will not change the way we legislate Genetically Modified Organisms,” a trade spokeswoman said at the time.

The seventh round of negotiations will be held in Washington between 29 September and 3 October. The talks have reverted to a slow motion mode as the US is waiting to see the results of the November’s US congressional elections.