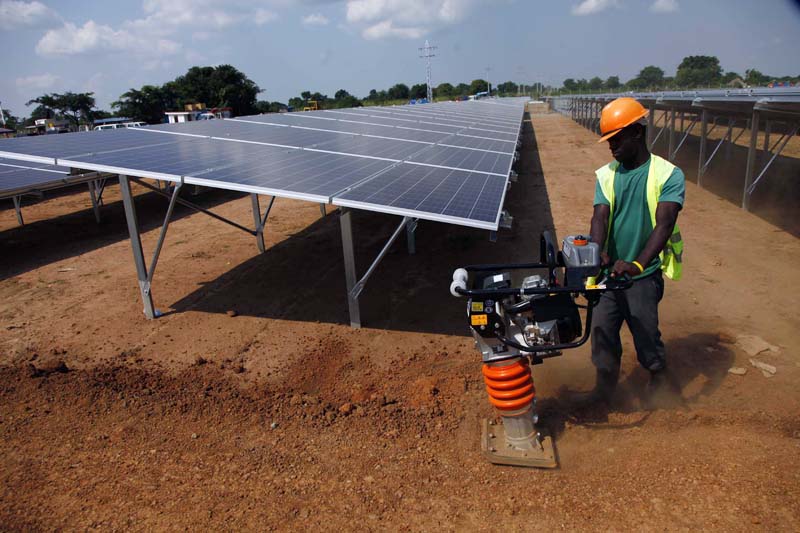 Despite controversy, the Energy Charter Treaty is silently being pushed into Africa

In recent years, the Energy Charter Treaty (ECT) has become increasingly controversial. This international agreement dating from the 1990s grants corporations in the energy sector enormous power to sue states at international investment tribunals for billions of euros, for example, if a government decides to stop new oil or gas pipelines or to phase out coal.

The ECT’s potential to obstruct climate solutions such as the energy transition, lock-in failed energy privatisations, and undermine affordable energy prices means there is little to gain and much to lose for countries planning to join.

The European Commission partly agrees, considering the treaty “outdated” and “no longer sustainable”. Increasing numbers of experts are calling on EU member states to scrap the ECT because it threatens Europe’s Green Deal. Italy, one of the most sued countries under the ECT, has in fact already withdrawn from it.

But despite the growing controversy the Brussels based Secretariat of the ECT is putting great effort into silently expanding its geographical reach to countries in Africa, Asia, and Latin America. The Secretariat’s vision is that by 2021, ECT membership will have spread to all continents and become quasi-universal.

Many countries, mostly in Africa, are now in the process of joining the ECT. Burundi, Eswatini and Mauritania are in the ratification stage. Uganda is waiting for the formal invitation to accede to the ECT. Niger, Chad, Gambia, Nigeria, and Senegal are amongst the countries preparing accession reports.

The ECT Secretariat’s work programme for 2020 includes numerous activities to support these countries’ accessions, plus additional outreach activities towards countries like Kenya, the Economic Community of West African States (ECOWAS) as well as the Association of Southeast Asian Nations (ASEAN). As one of the biggest funders of the Secretariat, the EU and its member states back this process financially.

Countries face numerous risks when joining the ECT, including an avalanche of expensive lawsuits. Under the ECT foreign investors can sue states for dizzying sums in compensation for government actions that they argue have damaged their investments.

Energy giant Vattenfall, for example, has sued Germany over environmental restrictions on a coal-fired power plant (for €1.4 billion) and for phasing out nuclear power (for €6.1 billion). Oil and gas company Rockhopper is suing Italy over a ban on offshore oil drilling (for up to $350 million, more than seven times the money which it allegedly spent on related explorations). Several utility companies have pursued the EU’s poorest member state, Bulgaria, after the government reduced soaring electricity costs for consumers.

No trade and investment agreement anywhere in the world has triggered more such investor-state lawsuits than the ECT. In March 2020 the ECT Secretariat listed a total of 129 corporate claims.

Governments have been ordered or have agreed to pay more than $52 billion in damages from the public purse – more than the annual investment needed to provide access to energy for all those people in the world who currently lack it. Outstanding ECT claims where this information is available (only about half of the cases) have a collective value of $32 billion – far more than the estimated annual cost for the African continent to adapt to climate change.

The legal costs of these proceedings can also weigh heavily on public budgets. They average $4.9 million for sued states and $6 million for claimant investors, but can be much higher. In the cases over the dismantling of the now-defunct former oil giant Yukos, they reached the huge sum of $124 million, of which Russia was ordered to pay nearly $103 million.

In times of great economic and social uncertainty it seems absurd to sign on to a treaty with such costly consequences for states. Public money that is urgently needed to address crucial health, social care and economic needs should not end up in the pockets of private lawyers and large energy companies using the ECT to seek unmerited compensation for poor business decisions.

Countries like Burundi, Eswatini, Mauritania and Uganda should urgently take a step back and not accede to the ECT.

The EU, on the other hand, should make sure that the ECT’s expansion process to the Global South is stopped once and for all – and that the ECT Secretariat can no longer use EU funds for drumming up support and new signatories for an agreement that the EU itself considers seriously flawed.