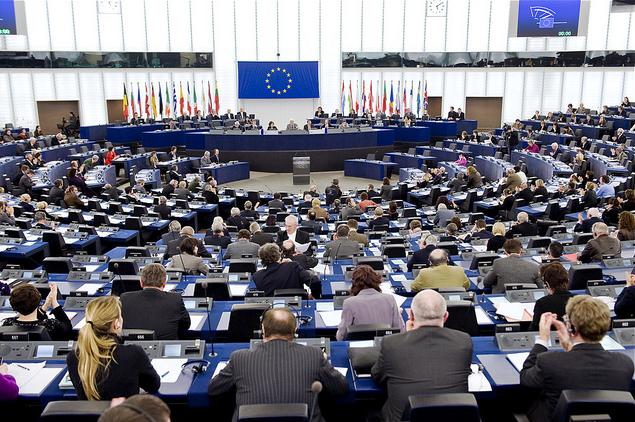 The vote, which passed by 436 to 241, highlighted serious splits in the European Parliament (EP) on the issue, especially among the Socialist and Democrat (S&D) bloc which includes Labour MEPs.

There was uproar from some MEPs in today’s vote, including among members of EP president Martin Schulz’s own S&D bloc, at what they perceived to be manipulation of voting procedures to ensure no anti-’ISDS’ (investor-state dispute settlement) amendment would be voted on.

The vote took place at the second time of asking: it was originally scheduled to take place in June, but was controversially postponed at the last minute at the request of Schulz, due to fears that the vote would be lost.

War on Want Executive Director John Hilary said: “More than 2.3 million people across Europe are calling for an end to TTIP negotiations in the biggest trade campaign we’ve seen to date. Yet MEPs have chosen to ignore the wishes of their own constituents, siding instead with the business lobby against the people of Europe.

“TTIP offers a nightmare vision of a world sold into corporate slavery. If our elected representatives betray us by backing this vision, we will have no choice but to escalate the campaign.”

Ahead of the vote, there was political wrangling and deal-making over one of the most controversial elements of the deal, the corporate court system of ISDS which allows business to sue states for policies threatening future profits.

A debate held on Tuesday highlighted the divergences in the EP, with one MEP commenting that the choice in the vote was between the wishes of European people or vested corporate interests.

More than 2.3 million people have signed a European Citizens’ Initiative calling for an immediate end to TTIP negotiations.

Over 2.3 million people from across Europe have signed the European Citizens’ Initiative against TTIP and CETA, including more than 350,000 from the UK; see here. [https://waronwant.org/say-no-ttip]

The European Commission’s consultation on TTIP was completed in July 2014. 97% of respondents rejected ISDS. To see the results, visit here. [http://trade.ec.europa.eu/consultations/index.cfm?consul_id=179]

For an explanation and analysis of the splits within the European Parliament, see this article by John Hilary [http://www.waronwant.org/media/ttip-week-victories]