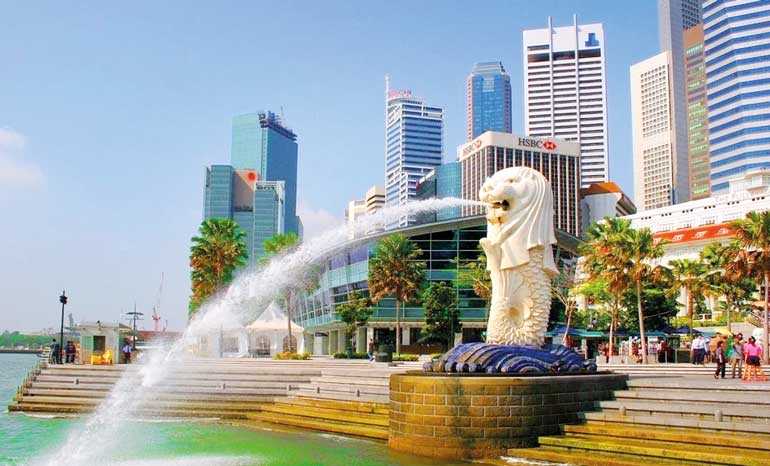 Dumping by China? Singapore imports surge under the scanner By: Banikinkar Pattanayak

An unusual 118% spurt in India’s merchandise imports from Singapore to a record $16.3 billion in 2018-19 has alarmed customs officials and puzzled the commerce ministry, which has asked for a closer scrutiny of the inflows, a senior government official told FE.

The move comes amid growing fears that Chinese exporters may be diverting supplies to India through Singapore, taking undue advantage of New Delhi’s duty concessions to the island city-state under a free trade agreement (FTA), as Beijing’s trade war with Washington continues unabated. New Delhi, too, has been mounting pressure on Beijing to trim the massive trade imbalance. “The scrutiny of any potential violation of the rules of origin (of the imported products) is being tightened,” said another source.

Consequently, India’s trade balance with Singapore exacerbated dramatically, from a surplus of $2.7 billion in 2017-18 to a deficit of $4.7 billion last fiscal, showed the DGCIS data.

It also helped drive up India’s trade deficit with all Asean members substantially to $21.8 billion in 2018-19 from just $12.9 billion a year before.

Although the imports from Singapore have dropped 6.4% year-on-year in the April-October period of the current fiscal to $8.7 billion, they were still more than a double of what India imported from the city-state in the same period in 2017-18 and way above the usual trend in recent years. Interestingly, in addition to Singapore, India’s trade balance with Hong Kong — widely considered a proxy for Beijing — went haywire last fiscal and turned negative for the first time in at least two decades even as its trade deficit with China eased by $9.5 billion to $53.6 billion. This has raised questions about the actual reduction in India’s effective trade deficit with China.

India last month pulled out of the China-backed Regional Comprehensive Economic Partnership (RCEP) deal, as it feared, among other things, massive dumping by China and some others. So it wanted effective safeguard mechanisms and strict rules of origin to protect its industry but couldn’t get others to agree to. In fact, New Delhi was pushing for “sufficient value addition” of at least 35% in the country of exports for a product to be eligible for its tariff concession under RCEP pact, while others wanted to settle for just minimal value addition.

India’s existing FTAs with Asean, Singapore, Japan and South Korea already link duty concession to a 35% value addition to prevent unscrupulous elements in other countries from taking advantage of the low or zero-duty regimes, according to analysts.

What reinforced suspicion of a potential diversion of some Chinese supplies was the fact that, among the high-value segments, the maximum jump in imports from Singapore in 2018-19 was noticed in electrical machinery and parts, sound recorders and TV images etc (158% rise year-on-year to $3.1 billion), followed by a 142% surge in certain capital goods (nuclear reactors, boilers, machinery and mechanical appliances and parts) to $2.7 billion.

Similarly, imports of some petroleum products jumped 209% to $1.6 billion, while those of organic chemicals rose 20% to $1.8 billion and plastics and products by 32% to $1.2 billion. Imports of iron and steel and such articles from Singapore witnessed an over three fold rise to $638 million and even rubber and articles by 263% to $306 million. China is the dominant exporter of most of these products.

Although such goods used to be imported from Singapore earlier as well, what raised eyebrows was the unusual spike in such inflows in one year, when there was an escalating trade war between China and the US.