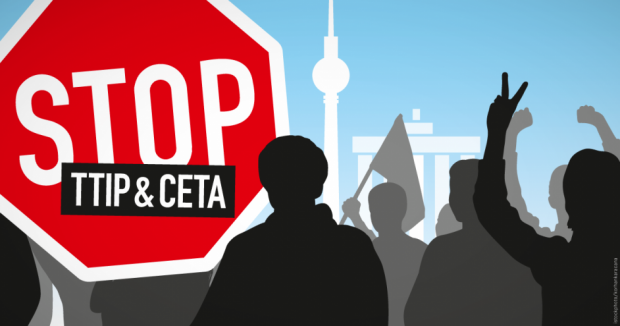 A Dutch group very similar to the one which organised the referendum that blocked the EU-Ukraine association agreement has already collected over 190,000 signatures for blocking the ratification of CETA, the EU-Canada trade deal.

After seven years of negotiations, and a bumpy final landing, the European Union and Canada signed a landmark trade deal 30 October.

However, the treaty needs to be ratified in all 28 member states and in the Netherlands campaigners are already busy to block the deal via a referendum, as they did last April for the EU-Ukraine Association Agreement.

Although the referendum is non-binding, a rejection by the voters of CETA would be highly embarrassing for the government, as it proved to be in the case of the Ukraine treaty.

The same activists, from the so-called “Platform CETA-TTIP referendum” have asked a referendum against the TransAtlantic Trade and Investment Partnership (TTIP), just nine days following the voters “no” to the Ukraine treaty.

The Platform CETA-TTIP Referendum consists of the foundation More Democracy, Defence for the environment, Food Watch watchdog and the think tank Transnational Institute.

According to these organisations, CETA and TTIP threaten democracy because multinational companies can sue governments outside national jurisdictions. Also, they claim that national standards would be undermined.

Signatures are collected on an internet platform. The aim is to collect 300,000 signatures.