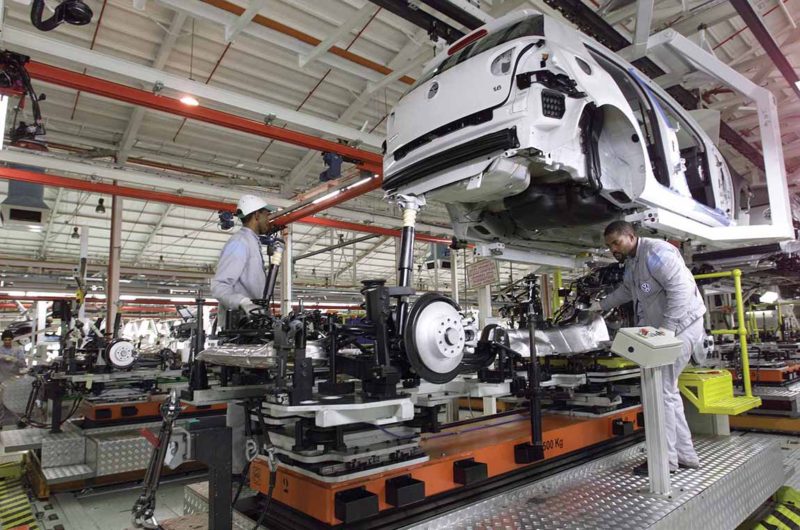 Players in the automobile sectors from the East African Community and the Southern African Customs Union are developing a joint policy to encourage motor vehicle manufacturing that is beneficial to both blocs.

This development comes at a time when the tripartite free trade area (TFTA) tariff negotiations launched more than four years ago are near conclusion.

The two economic blocs have had a prolonged battle over whether to abolish the contentious 25 per cent import duty under the tripartite free trade area (TFTA).

The two blocs have agreed that import duty on some motor vehicle parts will be abolished within the first five years of the TFTA, and others will enter duty free as provided under the EAC CET.

The move ostensibly curbs a massive influx of motor vehicles from South Africa into the EAC region once the more than 700 million-people TFTA comes into force.

As a result, member states — Rwanda, Burundi, Uganda, Kenya, Tanzania, and South Sudan — are pushing for the growth of the automotive assembling industry in the region.

“Automobile industry players in the two regions are involved in development of the strategy,” said Benedict Musengele, acting director general in-charge of customs and trade at the Comesa Secretariat.

Currently, finished goods imported into the EAC attract a duty of 25 per cent, intermediate goods (10 per cent) and raw materials (0 per cent) under the EAC’s existing three-band tariff structure which came into effect on January 1, 2005.

Moreover, there is a list of sensitive products such as milk, sugar, wheat, rice and garments which attract higher duty of above 25 per cent to protect such industries from competition.

Last year, the EAC heads of state directed the Council of Ministers to explore the possibility of developing the automotive industry by reducing importation of used vehicles from outside the region and thereby make the region more competitive.

These countries are also tightening rules on the importation of second-hand cars into the region as part of efforts to encourage local assembly.

For instance, in 2017 the EAC Council of Ministers recommended to the 18th EAC Heads of State Summit that the age limit for used imported vehicles be lowered to five years by 2021.

Kenya currently allows the imports of used cars with of up to eight years, 15 years in Uganda, and 10 years in Tanzania. Burundi, Rwanda and South Sudan have no age limits for used cars.

In Tanzania, IPP Automobile Company Ltd signed an agreement with a South Korean firm in 2018 to set up a vehicle assembly plant in the country.

“We have agreed to discuss the sector in terms of the regional value chain and not liberalisation of motor vehicles coming from SACU,” Kenya’s Principal Secretary in the Department of Trade Chris Kiptoo told The EastAfrican.

The EastAfrican has also established that EAC and SACU have agreed to retain the more than 25 per cent duty as provided for under the existing EAC Common External Tariff (CET) to all imports of sensitive dairy products such as milk, yoghurt, cheese and butter into the EAC bloc.

Those classified as not sensitive will be liberalised through a five-year duty phase down after the TFTA enters into force.

Other tariff negotiations for the immediate and five-year phase down categories have been completed.

On beef, EAC granted SACU four tariff lines quota for about 2,000 tonnes of frozen and chilled, both boneless and with bones, to enter duty free upon entry into force of the TFTA.

However other quotas above the 2,000 tonnes will be charged duty that will be phased down gradually for five years.

The EAC is reluctant to open up its motor vehicle and dairy market to imports from SACU, to protect its local industries, while SACU, which is largely controlled by South Africa, wants to export these products without vehicles to the EAC.

The EAC wanted to maintain the 25 per cent common external tariff (CET) levied on motor vehicles imported into EAC from SACU while SACU wanted EAC to waive the duty.

Last year (2018) during a tripartite Council of Ministers meeting in Cape Town on June 18 the EAC and SACU members failed to agree on the tax treatment of the automobile and dairy sectors and suspended negotiations to allow more time for consultation with stakeholders.

This year the two regional economic blocs held negotiations in Kampala Uganda in April but failed again to agree.

The prolonged disagreement between EAC and SACU over the tax treatment of imports of motor vehicle and dairy products into the EAC has partly delayed the official launch of the TFTA in April this year. The TFTA, featuring the EAC, Common Market of the Eastern and Southern Africa and the Southern African Development Community, was launched on June 10, 2015 in Egypt, to open up a market of more than 700 million people.