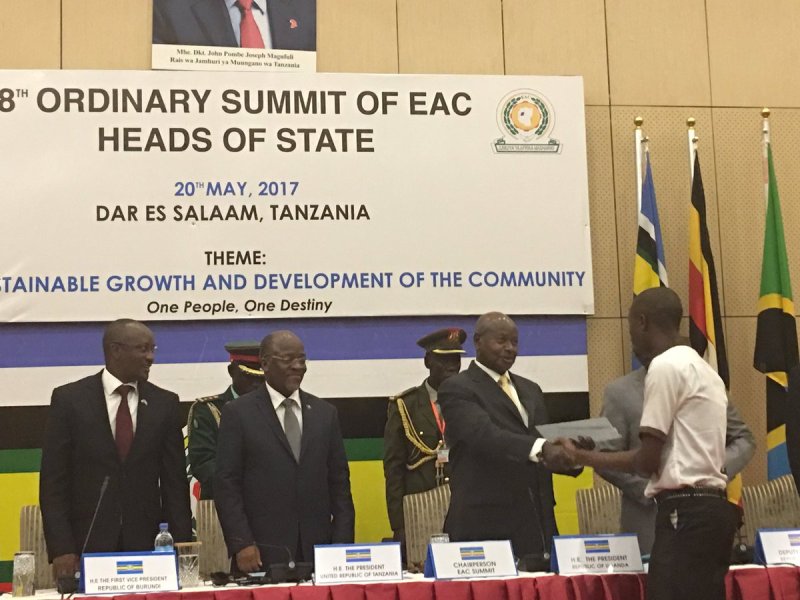 EAC not to force members to sign EU trade deal

A communique issued at the end of the 18th ordinary summit of the EAC in Tanzania’s commercial capital Dar es Salaam said the leaders noted that the remaining EAC member states that have not signed the EPA trade deal were not in a position to do so pending clarification of issues they have identified in the deal.

"It was however agreed that due to this action Kenya should not be disadvantaged since she has already signed the agreement," said the communique issued by leaders from EAC member states.

The EPA would result in six members of the EAC allowing European goods in at low tariff rates over 25 years while the EU would permit EAC products tariff-free access.

For the EPA to be functional, all EAC members, namely Tanzania, Kenya, Uganda, Rwanda, Burundi and South Sudan, must sign the deal. So far only Kenya and Rwanda have signed it.

Tanzania has refused to approve the EPA deal, saying it would kill its infant industries and distress its future industrialization drive. The deadline for the EAC countries to append their signatures on the trade agreement was October 1, 2016.

In view of this, Tanzanian President Yoweri Museveni as the new chairman of the EAC was mandated within one month to reach out to the EU to communicate the EAC circumstances, said the communique.

"In the event that an acceptable way forward is not reached with the EU within the next six months, the chairperson was authorized to explore the use of viable geometry in implementation of the EPA by EAC member states working with the council of ministers," said the communique.

The summit also agreed that the EU sanctions on Burundi should be discussed alongside the EPA discussions.

Also at the 18th EAC ordinary summit, Ugandan President Yoweri Museveni took over the chairmanship of the EAC from Tanzanian President John Magufuli.

Magufuli appealed to Museveni to try to sort out some of the thorny trade deals that the EAC was still negotiating with other countries.

"I failed to find a solution for EAC-European Union (EU) Economic Partnership Agreements (EPA) trade deal but I am optimistic President Museveni will take this forward," said Magufuli.