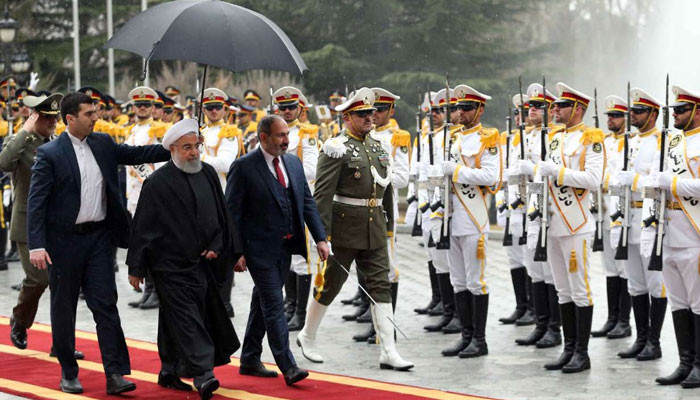 A press release from EEC on Wednesday showed that Sanaei and EEC chief Tigran Sarkisyan had exchanged the documents needed to complete formalities for the deal to come into force in late October.

According to the report, “At the meeting hosted by the Eurasian Economic Commission on 28 August, Chairman of the EEC Board Tigran Sarkisyan and Ambassador Extraordinary and Plenipotentiary of Iran to Russia Mehdi Sanaei exchanged messages about completing the necessary procedures to enforce an interim agreement leading to the formation of the free trade area between the EAEU and Iran. This means that the agreement will come into force on 27 October.”

Tigran Sarkisyan noted that ratification of the agreement is a historic event.

“The EAEU heads of state said that establishing a free trade area with the Islamic Republic of Iran is a priority for the Eurasian Economic Commission,” he said.

“This means that they have authorized us to enter into negotiations with Iranian partners. Today is a big day because we have just got an official confirmation that the agreement will soon come into effect,” he added.

“This agreement is also very important for Iran. I believe that it will benefit the people and economy of Iran as well as the peoples of the EAEU,” Mehdi Sanaei said.

“The negotiations were challenging, but they are over. The agreement has been signed and ratified. The progress is evident,” the Iranian ambassador added.

The parties also agreed to continue cooperating, including in the implementation of the agreement. The EAEU and Iran have already engaged in a dialogue on enhancing cooperation between the customs services. The parties are also negotiating a format of a business dialogue which is stipulated in the free trade area agreement.

Sanaei proposed to hold a joint business conference with the EEC in Iran in the near future to show Iranian businessmen advantages of trade in the EAEU common market.