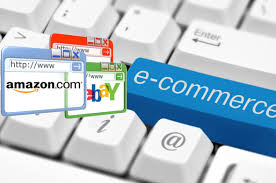 Trade experts and activists have warned the government that undertaking binding commitments to open up the e-commerce sector — as part of the proposed mega Free Trade Agreement (FTA) involving 16 Asia Pacific nations — would hurt India’s small retailers. Such a move would also prevent the government from effectively regulating the digital domain for purposes including industrialisation and consumer protection, they have cautioned.

This development comes amid negotiations in South Korea on the FTA — officially known as the Regional Comprehensive Economic Partnership (RCEP). The 16 nations include 10 Association of South East Asian Nations (ASEAN)-member countries and six countries with which ASEAN has an FTA (Australia, China, India, Japan, South Korea and New Zealand). In a letter to Commerce Minister Suresh Prabhu as well as Electronics and IT Minister Ravi Shankar Prasad, the Rashtriya Swayamsevak Sangh-affiliate Swadeshi Jagaran Manch (SJM) said, “any commitment on e-commerce in RCEP will impact … small retailers in India, many of whom are already adversely affected by e-trading portals of multinational companies.” Ashwani Mahajan, all India co-convenor, SJM, wrote in the letter that, “proposals in RCEP include removal of tariffs on e-trading, which will severely impact retailers as well as customs duty revenues and therefore government spending.”

He added liberalising e-commerce as part of the RCEP pact would also hurt India’s manufacturing sector, as it will face competition from duty-free entry of digitised, digitisable, and even physical manufacturing goods, including from China.

Jane Kelsey, professor of Law, the University of Auckland, New Zealand and a trade expert, told The Hindu that “(the proposed e-commerce) rules are designed to prevent governments from regulating the digital domain in the future, including for the purposes of digital industrialisation, security from hacking, preventing abuses of data, consumer protection and privacy.” She added, “India has capacity in only a few areas of the digital domain, and its future development would be seriously impeded by these rules.”

Parminder Jeet Singh, executive director of ‘IT for Change’, an NGO working on ‘Internet governance, e-governance and development in the digital age’, said, “I don’t see how countries like India could make e-commerce related commitments at the RCEP-level and resist making them at the World Trade Organisation (WTO). So, I do not think there is going to be any e-commerce rules in the RCEP.”

However, he added that “the trap could also lay in getting into e-commerce [rules] through palliative terms and frameworks like ‘e-commerce facilitation’ and ‘e-transactions enablement’, which are just the thin end of wedge, and [could] quickly turn into ways to open up domestic economies to unregulated global digital businesses.” Mr. Singh said the attempt seems to be mostly to foreclose future regulatory possibilities without getting into a discussion on the nature of data flows and global digital businesses, and how they concern every country’s strategic economic, security and political interests.

India has been opposing binding norms on opening up the e-commerce sector at the level of RCEP as well as the global level (WTO) talks on grounds including that it (India) is yet to have a comprehensive national policy on the topic. Mr. Mahajan said if India agrees to open up e-commerce at the RCEP, it will grossly undermine the country’s position at the WTO talks. Ranja Sengupta of the Third World Network, an international civil society group, said, “If India says yes to e-commerce in RCEP, it will severely compromise its position against e-commerce in the WTO, a position it shares with many other developing and least developed countries.”