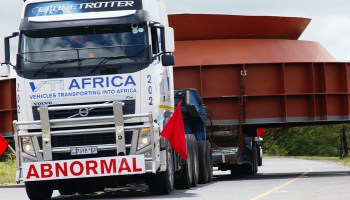 This comes after ministers and senior officials from the member countries met in Kampala, Uganda to resolve issues that prevented countries from ratifying the ’historic’ Tripartite Free Trade Area (TFTA) first signed by African leaders on June 10, 2015, in Egypt.

The arrangement intends to create a common a larger common market across half of the continent and is regarded as a critical step in opening up opportunities for business and investment within the tripartite bloc.

For benefits to actually be realized, it must first be ratified by at least 14 of the 26 member countries.

Robert Opirah, the Director-General for Trade and Investment in the Ministry of Trade, Industry and EAC Affairs who attended the Kampala meeting, told Sunday Times that South Africa is the latest member state that signed the agreement on Friday during the conclusion of the ministerial session.

Nineteen countries have now signed the agreement. But only Egypt has ratified it.

"The remaining member states that signed are in the process of ratification according to national laws. One of the major concerns that had not made it possible for some countries to sign or for those that had signed not to ratify quickly, was the delay in concluding negations of critical annexes to the TFTA agreement," Opirah added.

"These have now been concluded. All member states agreed that this has paved the way for achieving more signatures and ratifications for the agreement to enter into force."

The main objectives of the ministerial session was to assess progress made in concluding outstanding issues of initial negotiations after the signature of the TFTA in 2015 and unlock outstanding issues in order to operationalize the agreement as directed by the Summit.

In Kampala, the major agenda items that achieved breakthrough include exchange of tariff offers; signature and ratification of the TFTA; and rules of origin.

On the exchange of tariff offers, Opirah said, negotiations between member states are "at an advanced stage" and conclusion will be expected in the next ministerial meeting which is tentatively scheduled in October.

Regarding rules of origin, it is noted that the besides the main text being concluded, a new article 49 of the signed TFTA on transitional arrangements was created to accommodate some outstanding provisions that will be continued as built in agenda.

Rules of origin are the criteria needed to determine the national source of a product and their importance derives from the fact that duties and restrictions in some cases depend upon the source of imports.

It can snowball now

According to Dr. Francis Mangeni, Director of Trade and Customs in COMESA, after South Africa signed the tripartite agreement, Madagascar and Botswana are also expected "to follow soon."

"And Uganda said it will complete ratification process next month. Some impetus has been injected into the process, as a new time frame of three months has been set for completing outstanding issues, that is, by 30th October this year."

"We can get there quickly now. It can snowball now. This is the mood and passion of the ministers and my personal interactions with government officials. I have already seen some cabinet memos for ratification," he responded when asked about the basis of his optimism.

Earlier when the agreement was initially signed in 2015, a one year timeline was agreed for ratification.

But that timeline elapsed last year and ministers set a new timeline of April this year which also passed without headway.

Dr. Mangeni is now referring to the progress made in Kampala as "a breakthrough" and thinks the latest meeting injected fresh momentum into the tripartite negotiations to create a free trade area covering half of Africa.

The three outstanding annexes had meant that the arrangement was not complete, and this had been earlier advanced by a number of countries as the reason they could not sign or ratify the agreement.

The adoption of the three remaining Annexes "represented a milestone in the tripartite negotiations," as it finally removed the last obstacle to signing and ratifying the agreement, Dr. Mangeni said.

According to the COMESA official, the new timeframe of October 30 is expected to be different because of "the apparent existential risk" the tripartite faced from the Continental Free Trade Area (CFTA) expected to be launched by the end of 2017 in accordance with a timeframe the African presidents set back in 2012.

According to Dr. Mangeni, some people argued, among other things, that with the 55-member continental free trade area, the 27-member TFTA "was unnecessary and redundant."

He says the CFTA modalities were not as ambitious as those of the Tripartite, which provided for 100 percent product coverage with a tariff elimination period of five to eight years, but with 60 to 85 percent of tariff lines to be liberalised upon entry into force of the agreement.

When the tripartite agreement comes into force it will bring numerous gains including the fact that products from member countries will not pay duties.

Besides a GDP of $1.3 trillion, the tripartite TFA will create a huge market of nearly 720 million people which, experts say, means that investment can be done at a much higher level.