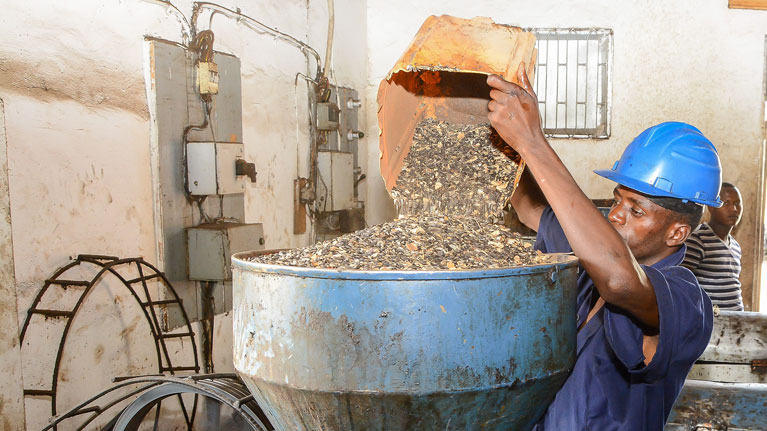 If the EPA is signed, local industries will struggle to withstand competitive pressures from EU firms, the report says

A United Nations think-tank has warned the East African Community against entering into an Economic Partnership Agreement with the European Union arguing that it will neither spur economic growth nor bring wealth to the region’s citizens.

The United Nations Economic Commission for Africa (UNECA) says in a report that if the EPA is signed, local industries will struggle to withstand competitive pressures from EU firms, while the region will be stuck in its position as a low value-added commodity exporter.

"If the EAC-EU EPA is fully implemented, the region risks losing trading opportunities with other partners, industrial output, welfare and GDP," the 45-page report seen by The EastAfrican says.

The report titled Analysis of the Impact of the EAC-EU Economic Partnership Agreement on the EAC Economies is yet to be made public and is expected to be discussed by the Council of Ministers in the "days to come," according to sources at the EAC Secretariat.

The report, commissioned by the EAC Secretariat, is likely to further polarise the position of the Community’s members on the EPA, which Kenya and Rwanda have already signed.

The two countries were opposed to the commissioning of the study that was requested by Tanzania towards the end of last year.

Uganda said it would only sign the EPA if there was consensus among the EAC members while Burundi refused to sign the agreement until the EU lifts sanctions imposed on Bujumbura in 2015.

Sources say Rwanda and Kenya have already said they will not discuss the report at the next Council of Ministers meeting.

The EU-EAC EPA promises duty-and-quota free access to EU markets for East African goods in exchange for a gradual opening up of the region’s markets to European products.

However, UNECA says the removal of taxes on capital goods from Europe will cause the EAC accumulated revenue losses of $1.15 billion per year. The market would be opened up over a 25-year period and capped at 80 per cent market access.The UNECA findings are in direct conflict with a 2014 report by the European Commission, which shows that the region will experience an economic boom due to improvements in market access to the EU.

But according to David Luke, co-ordinator of the African Trade Policy Centre at UNECA, the deal with Europe will be calamitous unless EAC countries are able to clearly define what their infant industries are, as well as identify sub-sectors they intend to protect.

"While the EPA purportedly intends to respect regional integration programmes, they are adding to the complexity of the task. Additional burdens are created through provisions that complicate or contradict the agreements African states have with each other or are about to make," Mr Luke said.

Rwanda’s Minister of Trade, Industry and EAC Affairs, Francois Kanimba, said the report is a "political tool" and a step back in long-term negotiations to secure a positive deal with the EU.

According to Mr Kanimba, even Uganda — which has been undecided over the EPA — had argued that mentioning the report in the upcoming council of minister’s meeting is "not correct because there was no consensus gained before conducting it."

"I think this is now a political issue. These negotiations took more than seven years and have been conducted at several levels in order to minimise the potential risk that this arrangement can have for our infant industries and our economy at large," he said.

"You cannot expect an agreement where you offer nothing and want to get everything. It does not make sense. The most important aspect was to secure a quota-free and duty-free access to EU market, which is a huge benefit for all the countries in the region," he added.

EAC has been negotiating the EPA since 2007 and the current differences reflect the divergent economic strategies of the member states. Rwanda which has a small industrial sector is pursuing a growth strategy based on building a knowledge-based economy while Kenya has a fairly developed industrial sector and perceives less risk from the EPA.