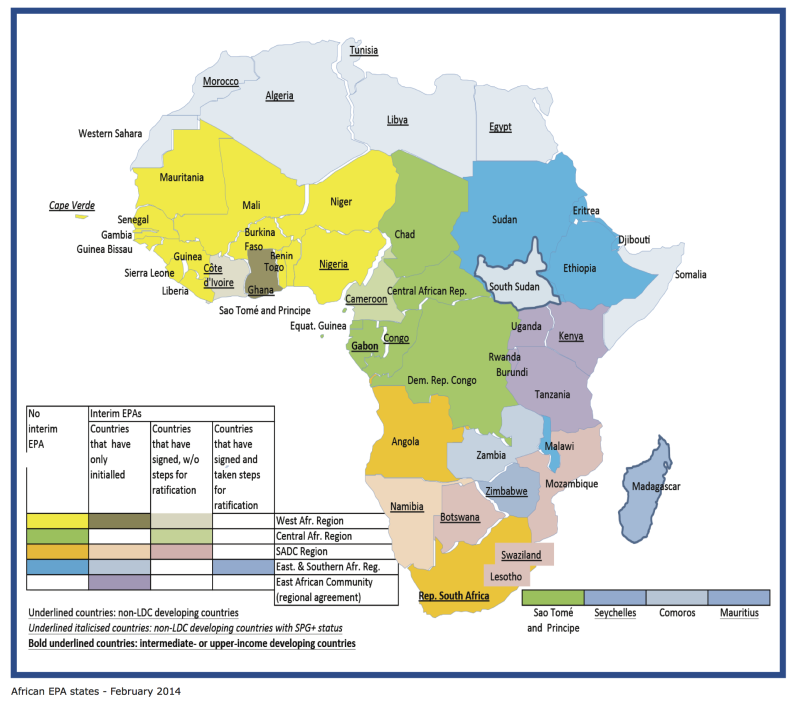 The European Union (EU) has been involved for more than 10 years in negotiating Economic Partnership Agreements (EPAs) with the ACP (Africa-Caribbean-Pacific) countries. Despite pressure from the European Commission, the ACP countries have, up to now – and thanks in particular to mobilisation by civil society – partially resisted economic liberalisation that would threaten their agriculture, their economic and social development, and the processes of regional integration. Countries that are not LDCs (Least Developed Countries) are now threatened with with-drawal of free access to the European market if they do not ratify an interim agreement before 1 October 2014. In this context, some regional EPAs, especially the one with West Africa, could be signed and ratified shortly.