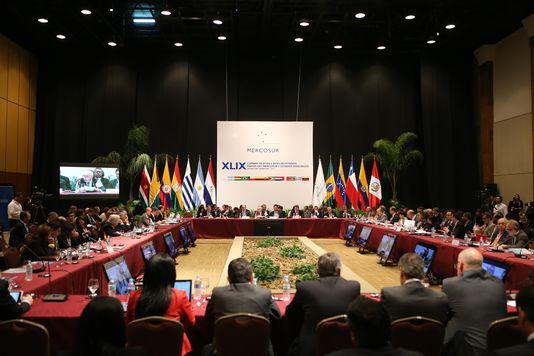 Delegations from the European Free Trade Association (EFTA) states and MERCOSUR met on February 17 in Brussels to prepare for the upcoming negotiations of a comprehensive Free Trade Agreement.

Merchandise trade between EFTA states and MERCOSUR reached USD7.2bn in 2016 with total imports and exports amounting to USD3.7bn and USD3.5bn, respectively.

Mercosur’s full members are Argentina, Brazil, Paraguay, and Uruguay. Venezuela was suspended as a member on December 1, 2016. The members of the EFTA are Switzerland, Iceland, Norway, and Liechtenstein.