The European Union and the Association of Southeast Asian Nations said on Friday the two blocs would try to revive plans for a Free Trade Agreement (FTA) between them, as European countries look to tap the region’s strong growth. 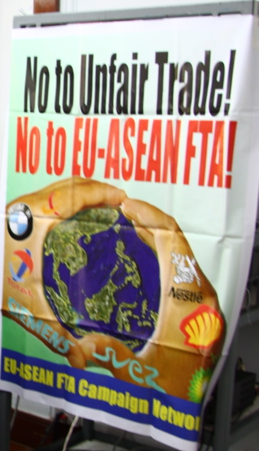 The EU and 10-nation ASEAN launched talks towards a pact in 2007 but abandoned the process two years later, with the EU opting instead to conduct bilateral negotiations with individual states.

Those talks have had mixed success, with deals so far agreed only with Singapore and most recently, Vietnam, but yet to be implemented.

EU Trade Commissioner Cecilia Malmstrom said it was decided among the EU and senior ASEAN officials on Friday to establish a framework for talks to restart, but there was no so far no targeted time-frame.

"We believe it is important to connect two growing markets and to take away as many obstacles to trade," she told reporters in Manila.

"Having a region-to-region agreement between EU and ASEAN is a long-term goal we’ve been discussing for many years. We are now taking steps towards this."

A trade deal with ASEAN would connect the EU to the world’s seventh-largest market, and one with strong consumer and middle-class expansion, particularly in Vietnam and the Philippines, which are among the world’s best-performing economies.

The ASEAN region has a combined 622 million people and economy of $2.6 trillion and is driven largely by consumption, exports and manufacturing, with Europe a key importer of goods.

The initial EU-ASEAN negotiations were halted in large part due to the complexities of setting common standards among 10 Southeast Asian countries with various political systems and stark differences in the size of their economies and populations.

Human rights problems have been an issue for many ASEAN states, such as Vietnam, Thailand, Malaysia, Cambodia and Laos, creating an obstacle for the EU given its requirement to consider human rights in its trade policies.

ASEAN is loosely modelled on the European Union, though it has yet to establish common standards like free movement of goods, capital and labour. Unlike in Brussels, there is no one authority with the power to enforce agreements.