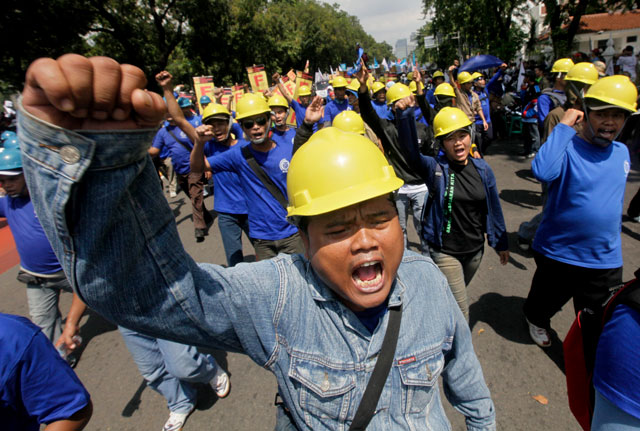 The deal with Indonesia will build on pacts with other Asian powers such as Singapore and Vietnam.

“The EU and Indonesia represent a huge market of 750 million consumers. These negotiations are key to unleash synergies between our economies,” said EU Trade Commissioner Cecilia Malmström and Indonesian Trade Minister Tom Lembong in a joint statement.

But the decision comes at a difficult time for trade policy in Brussels with opposition growing as public opinion in Europe becomes increasingly doubtful on the benefits of globalisation.

Already a deal between the EU and Canada faces a risky ratification process among the 28 member states, while a proposed accord with the US seems at risk of being abandoned.

The talks with Indonesia would begin by the end of the year, the statement aid.

In addition to Indonesia, the EU is already in free trade talks with Philippines, Malaysia and Thailand, having concluded deals with Singapore in 2014 and Vietnam in 2015.

All are members of the Association of Southeast Asian Nations (ASEAN). EU efforts to negotiate an overall trade accord with the 10-nation group have stalled, with the focus now put on bilateral deals.

ASEAN includes wealthy Singapore, one of the world’s most developed countries, oil-rich Brunei, developing states such as Malaysia, Indonesia, Thailand, the Philippines and Vietnam, and poorer nations like Cambodia, Laos and Myanmar.

The bilateral deals “serve as building blocks towards a future EU-ASEAN agreement, which remains the EU’s ultimate objective,” the statement said.