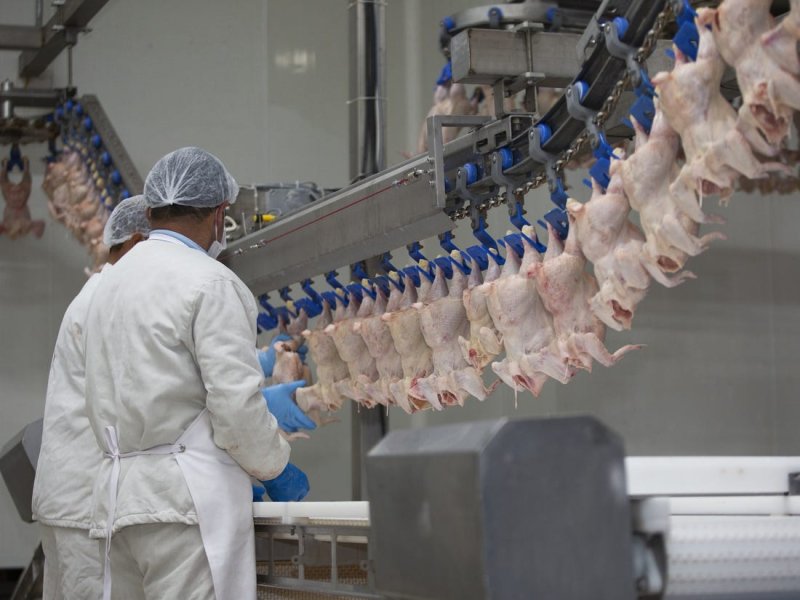 Concerns that a previous EU-US trade deal was anti-democratic and would lower food safety, labour and environmental standards resulted in in mass protests in Germany, Austria and France in 2015.

Speaking with reporters on Monday, US Agriculture Secretary Sonny said that the EU ban on US chicken and hormone-treated beef needs to be revisited as part of ongoing trade negotiations between the two blocs, the AFP reports. Perdue went on to say that he understood “there is a challenge” which EU governments face in convincing their populations that chicken and beef from the US is safe

“They need to communicate that we need to make decisions based on sound science and food safety, as well as affordability,” Perdue said after a meeting with EU Trade Commissioner Phil Hogan. “We don’t use chlorine any more to treat chicken.”

Purdue also argued that there is no evidence that hormone-treated beef negatively affects people and chastised what he characterised as ‘fear-mongering’ by campaign groups, according to Reuters.

“The European public needs to understand that their producers are going to be at a huge disadvantage... if they choose to be a technology-free zone” Perdue warned. The Agriculture Secretary said that EU-US trade talks must address an apparent $10 – 12 billion “trade imbalance” which currently works in favour of Europe.

​There is already a tariff dispute between the two major economic blocs which escalated in 2018 when the US slapped taxes on steel and aluminium imported from the EU. Observers warn that the ‘tariff war’ could further increase given US President Donald Trump’s most recent threats to start taxing EU cars.

In 2015 mass protests erupted across Europe in opposition to the Transatlantic Trade and Investment Partnership (TTIP) ‘trade-deal’ negotiated between the US and the EU. Campaigners warned that the agreement, which was negotiated behind closed doors, would result in a “race to the bottom in food, environmental and labour standards” and allow US companies to sue European governments in special courts. Public pressure ultimately resulted in the TTIP ending "without conclusion”.