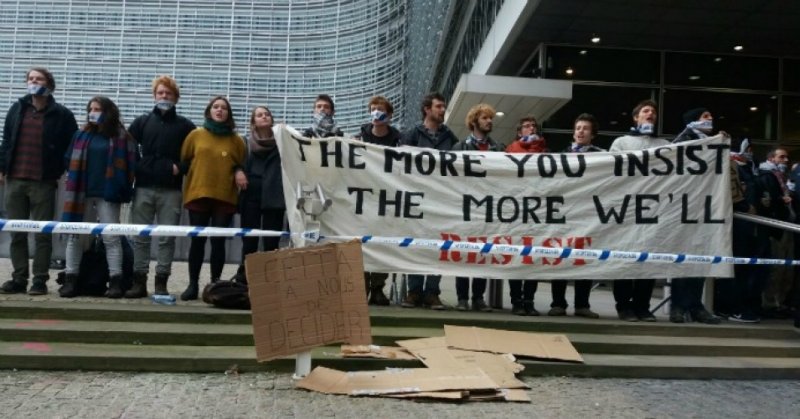 The European Commission wants to give a strong push within the EU and around the globe for the establishment of a multilateral investment dispute settlement system to replace the controversial ad-hoc arbitration known as the investor to state dispute settlement (ISDS) mechanism. The aim is to set it up as soon as possible even with a small number of countries but with a “dock-in” system for others to join at the later stage.

“At first we thought that such a multilateral institution has to have a relatively wide number of members. The current thinking is very different because the debate we had on CETA [the EU-Canada free trade agreement] has shown us that it is much more urgent to deal with this matter than we thought,” Mauro Petriccione, Deputy Director-General for Trade at the European Commission told a workshop on trade co-hosted by the Slovak Presidency and EurActiv on 29 November in Brussels.

“It is not a medium-term project as we thought. It has to be a short-term project,” he added.

The comment follows the Commission’s pledge from last year to “start work, together with other countries, on setting up a permanent International Investment Court.” The declaration was included in the Commission’s proposal tabled in November 2015 on the investment protection and dispute settlement in currently negotiated EU-US Transatlantic Trade and Investment Partnership (TTIP) agreement.

Petriccione argued that “even half a dozen countries should be enough to set up the institution.” “We will try to start small,” he added, noting that except for Canada, which is an “enthusiastic promoter” of the initiative, also Vietnam, Japan, Australia and New Zealand are on board. “We’ve also reached out to the developing countries,” Petriccione said, without naming potential participants.

The first informal discussions among EU member states on the multilateral investment dispute settlement mechanism were held under the Dutch EU Presidency, in the first half of 2016. Based on the outcome of these discussions the Commission and Canada drafted a non-paper, which was then presented at the 19 July World Investment Forum and the 17 October OECD Forum on Investments (see article).

EU trade representatives will formally discuss the EU-Canada initiative and ways forward at the Trade Policy Committee meeting on 2 December in Brussels.

It is expected that the Commission will ask member states for authorisation to launch formal negotiations on the establishment of the new multilateral mechanism in the coming months, in the autumn of 2017 at the latest.

Petriccione indicated that if it is established “in a relatively short time,” the new system “will become part of our proposals for our FTA partners.” “We would propose them adherence to the multilateral court” instead of setting up a bilateral investment court system (ICS) he explained, noting that there are provisions already included in CETA and the EU-Vietnam FTA, which allow this. “We want this to grow organically,” Petriccione added.

In contrast to trade, which has been subject to multilateral rules negotiated and implemented within the auspices of the World Trade Organisation and backed up by a standing dispute settlement system, there is currently no unified set of multilateral rules on investment protection and dispute resolution. In 1995, negotiations were started at the OECD on a Multilateral Agreement on Investment (MAI) but these were unsuccessful.