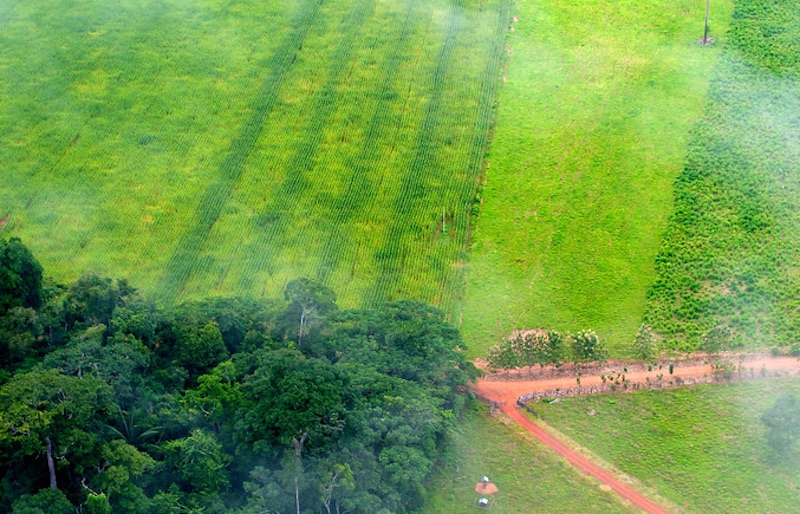 The EU has exported 7000 tonnes of deadly pesticides – banned domestically – to Mercosur countries* in 2018-2019, a study published today by the Left group in the European Parliament has found.

In 2019, German multinational BASF exported more than 550 tonnes of fipronil – banned in the EU to Mercosur. The poisonous substance causes chronic health problems and is harmful to bees and other pollinators.

These dangerous substances return to the EU through food imports, the report shows. In 2018, Argentina exported €71 million worth of pears and apples to the EU despite the fact that 14 of the pesticides prohibited for use in the EU are used in the cultivation of apples and pears in Argentina.

The EU-Mercosur Agreement is expected to exacerbate this ongoing disregard for people’s lives and biodiversity in what the author calls the ‘circle of poison’.

Rich in figures and infographics, the report also raises the alarm about the expansion of land use to satisfy demand for biofuels in the EU, equivalent to the territory of Portugal, and land for soybean cultivation, equivalent to the size of France.

Miguel Urbán (Anticapitalistas, Spain) denounced the ongoing devastation and potential for the EU-Mercosur Agreement to make things much worse :

“The fact that the EU-Mercosur agreement enshrines the export of toxic pesticides to Brazil, Argentina, Paraguay and Uruguay gives us an idea of the type of trade policy that this agreement represents.

“Nothing stands in the way of this agribusiness model at the service of the elites and big corporations. Not even the poisoning and serious diseases caused by the use of these substances.

“In the face of the devious strategies that are taking place in the EU to approve the ratification of the agreement as soon as possible, we defend, as many national governments and hundreds of organisations have already done, that the only solution is non-ratification.”

“Once in force, the EU-Mercosur agreement will reinforce inequalities between and within the two regional blocks instead of enabling fair trade and sustainable development. Multinational corporations and agribusinesses on both sides of the Atlantic played a central role in lobbying for the agreement, putting their interests ahead of the needs, rights and interests of people and the environment.

“As this study demonstrates, a deeper look into the details and realities of the agreement is needed. European chemical corporations dumping toxic pesticides into Mercosur countries, including many banned in the EU, will see their profits and impunity soar, as they exploit weaker or missing regulations and laws. The purpose is to make agricultural production a cornerstone for international market competitiveness of Mercosur economies – at the cost of human lives and the environment. The study also shows that these dangerous pesticides, used in farming and livestock, end up back in the EU and on our plates via food imports, poisoning rivers and oceans, and violating our SDGs commitments.

“It is positive that the EU is starting to recognise that it cannot continue exporting the poison it bans at home to countries abroad, following France’s recent decision. The findings of this study are alarming enough to reiterate that the EU-Mercosur Agreement has to be stopped. There is no other alternative besides a fair trade and economic cooperation to reshape co-existence of human beings and nature,” Scholz concluded.

The study can be downloaded here.

Annex of the study with additional graphics.