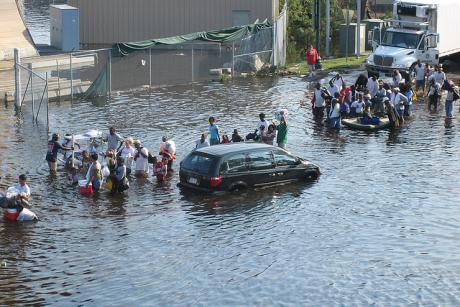 EU gives up on TTIP for US reinsurance reform

EXCLUSIVE/ Negotiators pushing for better US market access for EU reinsurers have abandoned talks over the Transatlantic Trade and Investment Partnership (TTIP), recognising the trade deal is unlikely to remove rules forcing the industry to post as much as 100% collateral against their American liabilities.

Instead the European Commission is pinning its hopes on a separate pact to eliminate state-level collateral requirements for EU reinsurers, who cover direct insurers against, for example, natural disasters.

Domestic reinsurers don’t have the same requirement. In the EU, only France and Portugal imposes collateral requirements on US reinsurers.

The Commission is seeking a negotiating mandate from the Council of Ministers, separate to TTIP, to use a future “covered agreement” with US regulators to remove the requirements, which tie up billions of euros.

The executive already has a wide-ranging negotiating mandate for TTIP from EU national leaders, but EU sources said they did not want any delays in TTIP to halt progress on the reinsurance issue.

TTIP, under negotiation, is touted as a landmark pact that will remove numerous barriers to market access on both sides of the Atlantic and across many industries. But US negotiators are adamant that financial services will not be part of the final agreement.

The Commission, conducting trade negotiations on behalf of the EU, has said it will continue to argue for the sector’s inclusion. But the decision to seek a separate negotiating mandate to TTIP points to a growing acceptance within the executive that the deadlock is unlikely to be broken.

While negotiators have set an ambitious target of the end 2014 to settle TTIP, only the first steps towards the covered agreement are expected by then.

The US is not prepared to concede to EU demands for “regulatory coherence” over financial services. It argues such supervisory cooperation should not be part of a trade deal, especially as the US has implemented global banking standards quicker than the EU.

The Commission took financial services off the table at the last round, the sixth, of TTIP negotations in Brussels in June. It told member states it would bring it back into talks if the US changed its mind on regulatory coherence.

While the recent free trade deal with Canada did include financial services, talks did not result in a reduction of Canadian collateral requirements. Despite that, industry sources told EurActiv that there was optimism that TTIP could have solved a market access issue that has caused friction for decades.

Reinsurers are not giving up on TTIP entirely but they recognise the covered agreement is much more likely to deliver.

Initial steps towards the deal are pencilled in for end 2014, according to an action plan agreed by the EU and US, during talks between regulators in July.

The US will have to take the opinion of state-level regulators into account before entering into talks. Reinsurance regulation is set at state rather than federal level in the US.

Some states, particularly those at risk of natural disasters, have reduced their requirements from 100% but EU sources said they are still too high.

While US direct insurers and consumers will welcome the increased competition and resulting lower prices, US reinsurers and some regulators may prefer the status quo.

Six of the largest ten reinsurers are from the EU. They are active globally and deal with huge amounts of capital to cover insurers.

Hannah Grant, head of international affairs and reinsurance at Insurance Europe said, "“The current collateral US requirements for foreign reinsurers result in billions of capital being tied up in the US which could be put to better use and results in significant frictional costs for the industry.

“If these requirements were scrapped it would mean that European reinsurers could likely provide more competitive coverage to US insurers, who in turn could then pass those savings on to their own customers.”

The trade association and its US equivalents had previously called for financial services to be included in TTIP.