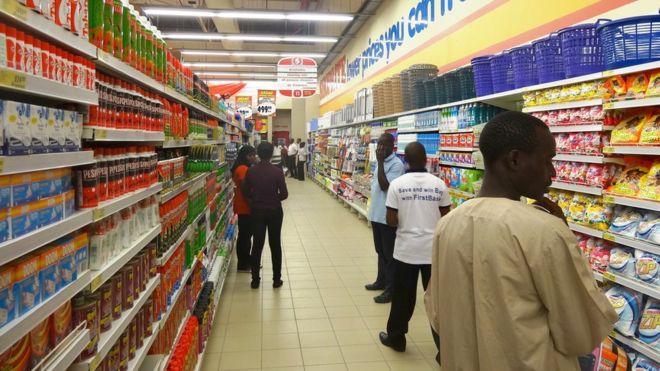 The government has signed a €40-million budget support agreement with the European Union (EU).

The grant is to support the country’s national development framework, which focuses on jobs as a means to create prosperity and opportunity for all, thereby contributing to the achievement of the Sustainable Development Goals (SDGs).

The Minister of Finance, Mr Ken Ofori-Atta, signed on behalf of Ghana, while the Ambassador of the EU Delegation in Ghana, Ms

Diana Acconcia, signed on behalf of the EU.

Mr Ofori-Atta said yesterday’s signing was the last tranche of the €323 million the EU offered Ghana under the 11th National Indicative Programme covering 2014 to 2020 as part of the Economic Partnership Agreement (EPA).

He said many programmes and policies of the government were targeted at job creation and building an enabling environment for businesses to thrive.

He said the support from the EU was apt and encouraged other groupings to follow the EU’s leadership.

Mr Ofori-Atta said Ghana’s credential as a beacon of democracy and pillar of stability in Africa was one of its defining features, as political stability and deepened democratic governance provided the congenial atmosphere and great opportunity to implement long-term policies, as well as develop local and international partnerships.

The Finance Minister indicated that the country’s adoption of a new approach to economic management to restore macroeconomic stability had improved the fiscal indicators considerably, since the slippages at the end of 2016.

He said since assuming office in 2017, the government’s unrelenting quest for the promotion of investments and entrepreneurial job creation had been evidenced through its policies and programmes and the establishment of a Ministry for Business Development.

“The ministry’s National Entrepreneurship Innovative Plan (NEIP) in 2018 trained over 7,000 entrepreneurs, with 1,350 being provided with financial support to strengthen their businesses, while another 10,000 are expected to be trained in 2019, with 2,000 beneficiaries being supported financially,” he said.

Mr Ofori-Atta said the support by the EU complemented the government’s efforts, especially the interventions towards decentralisation which, among others, facilitated the development of national and local economic development policies, adding that they also had the potential to contribute to advancing President Nana Addo Dankwa Akufo-Addo’s vision of a Ghana Beyond Aid.

He also commended the EU for its innovative budget support methods.

For her part, Ms Acconcia stated that the budget support was an important lever to strengthen the business environment and the investment climate through regular policy dialogue and ambitious performance indicators.

She said the funds would be managed by the government and aligned with President Akufo-Addo’s vision of Ghana Beyond Aid, a long-term economic and social transformation strategy.

She said the grant would enable the government to accelerate the implementation of structural reforms essential for strong inclusive growth and job creation, saying that was a perfect example of the Africa-Europe Alliance in action.

Ambassador Acconcia said the programme would focus on the areas of business climate, public financial governance and employment, but its main objectives were to promote domestic and foreign private investment, enable businesses to spearhead economic transformation and create employment, strengthen public financial governance, boost domestic revenue mobilisation, as well as fight against corruption.

She said it also showed how private investment could help deliver the SDGs.

The EU Ambassador said cooperation with Ghana was being adapted to the needs of “an inspiring middle-income country which faced challenges to deliver basic social services and build institutional capacity”.

The European Development Fund (EDF) signed the National Indicative Programme agreement with Ghana in Nairobi, Kenya, on June 19, 2014 to support Ghana with €323 million over the period 2014-2020.

It is based on the revised Cotonou Agreement between the EU and African, Caribbean and Pacific (ACP) countries, which requires that the ACP countries open their markets for goods from the EU to enter without tariffs or limits on quantities that can enter.

The funds will support three priority areas of governance, agriculture and employment and social protection to prepare Ghana’s human capacity and make local businesses and the economy competitive, in the face of imminent open trade between Ghana and the EU.