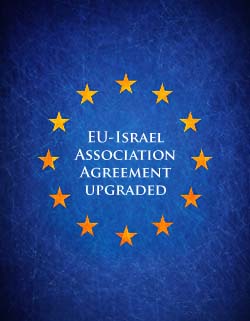 The EU-Israel Association Agreement is the legal framework upon which relations between Israel and the European Union are based. It was signed in 1995 and came into effect in 2000, allowing Israel preferential access to EU markets. Today, the EU remains Israel’s largest trading partner. The Agreement was due to be upgraded but was put on hold after Israel’s 2008-09 attack on the Gaza Strip during which 1,400 Palestinians were killed, one-third of them children. Since 2009, there have been numerous calls for the Agreement to be completely abrogated, or at the very least downgraded. However, following a meeting of the Association Council on 24th July, the EU confirmed that it has moved to upgrade relations with the State of Israel.