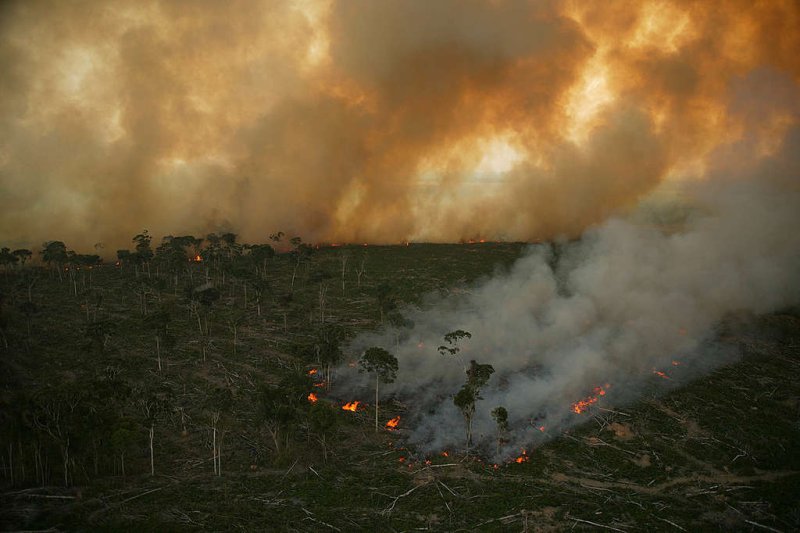 The EU-Mercosur Association Agreement sets out the conditions under which either of the parties could sanction the other, or suspend the agreement, which includes the EU-Mercosur Trade Agreement. Nowhere in these conditions is there any requirement to respect commitments to tackle the climate emergency, or to protect nature – two central concerns identified by critics of the trade deal, given the ongoing destruction of the Amazon rainforest, the Pantanal wetlands and other ecosystems in Mercosur countries.

Greenpeace trade expert Juergen Knirsch said : “Omitting sanctionable commitments to stop nature destruction and tackle the climate crisis shows how little regard this deal has for the existential challenges we face. The deal would accelerate the destruction of the Amazon, unleashing climate chaos and annihilating countless species. In the twenty-first century, international agreements must have the protection of people and nature at their core, not as a ‘nice-to-have’ – this deal doesn’t measure up and must be scrapped.”

The leaked documents are the negotiated text of the EU-Mercosur Association Agreement, the overarching treaty that contains the controversial EU-Mercosur free trade agreement, parts of which have been publicly available since July 2019.

Unlike requirements in the deal to respect human rights or resist the proliferation of weapons of mass destruction, environmental and climate protection is not considered an ‘essential element’, and parties to the deal cannot be sanctioned for breaches.

The deal namechecks the Paris climate agreement, calling for its rapid implementation, but there are no enforceable commitments to support it or repercussions if the parties fail to implement it. The deal encourages investments from the financial sector, including the European Investment Bank, but there is no requirement for these investments to meet sustainability criteria, leaving the door open to funding for climate-damaging industrial agriculture and the destruction of vital natural habitats.

The leaked documents also reveal that the EU-Mercosur Association Agreement creates structures that lie outside democratic processes and excludes the European Parliament and national parliaments from decision-making. According to the negotiated text, the ‘Association Council’ and the ‘Association Committees’ of the agreement have the power to adopt binding decisions and interpretations of the agreement without democratic scrutiny or any involvement of the EU and national parliaments.

Next steps for EU-Mercosur

Before the approval process can start, the legal language of the text must be corrected and translated into all EU languages. This process has been underway for several months. The European Commission must then make a proposal to be submitted for a Council decision to sign the agreement. This could be done at the earliest at the Foreign Affairs Council (Trade) on 9 November 2020. As the trade agreement is part of the Association Agreement, this will require unanimous approval by the Council before it can go to the European Parliament for approval.

If the Commission decides to split the trade agreement from the Association Agreement, and submit only the trade agreement to the Council for approval, this approval would only require a qualified majority of member states to agree. Such a decision to split the agreement would be a technical maneuver to get around the legally binding vote by the Austrian parliament obliging the Austrian government to vote against the agreement in the Council. In addition to Austria voicing strong opposition to the agreement, governments in Ireland (wants enforceable environmental protection), France (said the deal must be in line with the Paris climate agreement and not contribute to further deforestation, and that imported agricultural products comply with EU health and environmental standards), Belgium (Wallonia is worried about the impact on its small-scale and sustainable farmers, and the environmental impact of the deal), and Luxembourg (wants additional commitments in the fight against climate change and deforestation), as well as recently the European Parliament and the new Trade Commissioner Valdis Dombrovskis have voiced their concern with the deal. Even parts of the German government have expressed concern about the deal in relation to current deforestation in the Amazon, although Germany seems determined to push it through. European farmers have also joined together to oppose the deal.