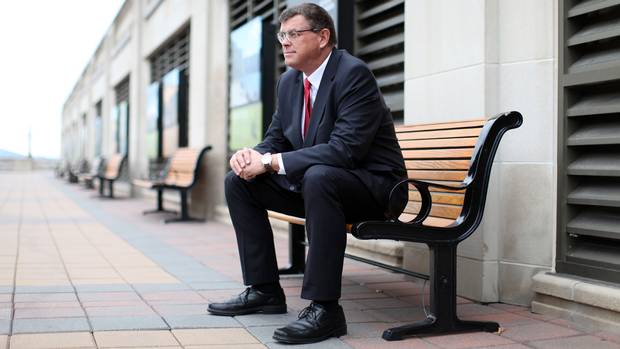 Danish drug companies in particular – like Novo-Nordisk, LEO-Pharma and Lundbeck – are looking forward to the expanded patent protection that CETA will provide. (Photo: Mogens Jensen, Denmark’s Minister for Trade and Development Cooperation)

In spite of contentious rules that allow companies to sue governments if they believe their investments have been impaired, Mr. Jensen insisted the Comprehensive Economic and Trade Agreement (CETA) fully protects the right of European Union members to pass their own laws.

“There is nothing to hide,” he said in an interview Wednesday in Ottawa, where he is leading a delegation of 80 Danish companies that are anxious to use the recently negotiated deal to expand trade in Canada.

“There is an up-to-date text, and these different concerns on whether you have a right to regulate, that’s taken into consideration.”

But it’s a message that isn’t always well understood as the deal’s supporters battle “ghosts” and misconceptions, he acknowledged.

“We haven’t been good enough in explaining what [the agreement] is and what it isn’t,” Mr. Jensen said. “It’s still a big challenge.”

Many members of the European Parliament are threatening to block CETA when it is put to a vote, likely some time next year.

Critics fear that CETA’s investor-state rules will become a model for a much larger agreement being negotiated with the United States. The U.S. has a more litigious culture and companies there are among the most frequent filers of investor-state claims.

Prime Minister Stephen Harper and EU President Jose Manuel Barroso are slated to initial a text of the Canada-EU agreement next week in Ottawa.

But implementation is still as long as two years away. In addition to the EU Parliament vote, legislatures in each of the 28 EU member countries will almost certainly have to approve it as well.

Denmark, like a number of EU members, is making the case that CETA strays beyond the EU’s trade negotiating powers into the legislative realm of individual countries. If that is the case, the agreement will require approval by all 28 EU-member legislatures.

The agreement must also be translated into various EU languages.

Mr. Jensen said Denmark is a strong supporter of investor rights, pointing out that his country already has 40 such deals.

“I don’t see a CETA agreement without an investor-state clause,” he said.

Mr. Jensen expressed confidence that passage of the agreement would go “smoothly” in Europe, where countries are eager to get onto the much larger free-trade deal with the U.S. “Everybody is keen on getting CETA closed,” he said.

Danish companies, in particular, see huge opportunities for boosting trade and investment as a result of free trade, according to Mr. Jensen. The trade mission – by far the largest ever brought to Canada – is focused on companies involved in fashion, food, pharmaceuticals and the design and building industry.

“From a Danish perspective, 80 companies, this is big,” he said. “And it says something about the expectations that Denmark has from this deal.”

Drug companies in particular are looking forward to the expanded patent protection that CETA will provide. At least three Danish drug companies – Novo-Nordisk, LEO-Pharma and Lundbeck – have operations in Canada.

Denmark has a significant trade and investment edge over Canada. Danish exports hit $1-billion last year, while Canada shipped $243-million the other way, led by fish and soybeans. Danish investment in Canada totalled $1.4-billion in 2013, while Canada pumped $395-million into Denmark.