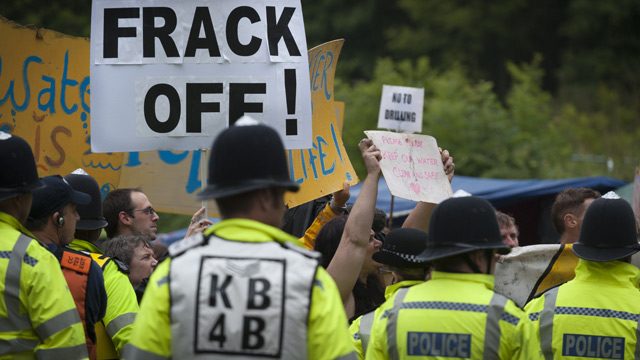 For Europe, US shale gas imports are likely to be a faster way to lower prices than overcoming the social, planning and geological barriers to developing the continent’s own reserves.

BRUSSELS — European negotiators, hoping to cut fuel bills, will press their US counterparts in Washington this week on including energy exports in a transatlantic trade pact that aims to integrate two markets accounting for half the world’s economy.

Bringing politically sensitive energy into the debate stands to complicate talks spanning agriculture to finance, but the rewards could be big for the European Union, where natural gas prices are around three times those in the US.

The US has benefited from a shale gas revolution and for Europe, US imports are likely to be a faster way to lower prices than overcoming the social, planning and geological barriers to developing the continent’s own reserves.

US gas exports could be up to 6 billion cubic feet, or around 170 million cubic metres per day — half of Britain’s daily demand in winter — from the end of this decade, according to Washington-based think tank The Brookings Institution.

Asia, where prices are higher than in Europe, is likely to lure much of that natural gas. But even the prospect of a small amount reaching Europe would strengthen the EU’s hand in contract negotiations with Russia, whose dominance in supplying gas to the continent has locked customers into high prices.

“There is no reason why US natural gas should be reserved for users in the US,” said a senior EU official close to the negotiations.

“For us, this is one of the most important issues of the TTIP,” the official said, referring to the trade pact’s name, the Transatlantic Trade and Investment Partnership.

In Washington, politicians have reason to be more cautious.

Exporting natural gas would push up prices at home, potentially costing politicians votes and damaging competitiveness for industries with heavy energy use.

The US has a ban on exporting crude oil without a licence, which dates from the 1970s, when US lawmakers sought to conserve reserves following an Arab oil embargo.

Exporting gas is only slightly less contentious. The US has begun granting licences to export liquefied natural gas (LNG), but slowly because of price concerns.

An EU-US trade accord, which negotiators aim to finalise by the end of 2014, would make licence approval automatic.

The US has said it is ready to include energy, but it remains unclear on whose terms.

When the free-trade talks were launched in July, EU and US officials made a point of including a reference to energy and raw materials in their guidelines for the negotiations.

Help for Europe could come from those with most to gain. Energy companies, including Exxonmobil, Chevron and BP, would make money from exporting US gas and from higher domestic prices that would be likely to ensue.