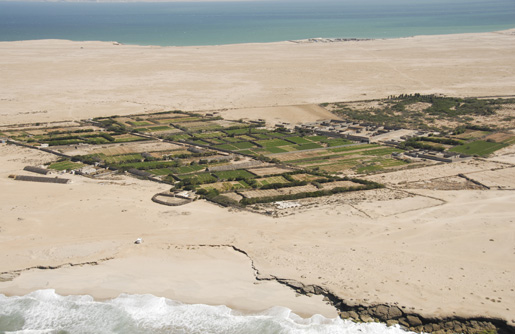 The European Parliament backed a controversial EU trade agreement with Morocco on Wednesday (16 January), despite a row over conflicts of interest that saw its lead MEP resign as rapporteur last December.

Efforts to debate the agreement at the plenary were blocked earlier this week amid political infighting on whether to support the agricultural pact, which seeks to extend into the disputed territory of the Western Sahara.

Although the final tally may change, given some MEPs are said to have made voting errors, the contested agreement got the initial support of 444 MEPs against 167, with 68 abstentions.

It is being hailed as a victory for Morocco in its larger efforts to secure the more lucrative EU fisheries agreement at a later date, and as a tacit endorsement of its control over the annexed Western Sahara region.

Heidi Hautala, a Finnish Green MEP and a vice president of the European Parliament, described the deal as a dangerous precedent because it legitimises the claims of Morocco over a territory the EU itself does not recognise under international law.

"What credibility will we now have towards external observers when we promote the rule of law and respect for international law?," she said, in an emailed statement.

Similar views were echoed by Swedish socialist MEP Jytte Guteland, who leads a parliament inter-group on the Western Sahara.

"This is a moment I think the parliament should be ashamed of," she said in a telephone interview.

Both the socialist and liberal groups are said to have been split on the issue amid heated internal debates that took place earlier this week.

The European Commission had even sent out last minute emails to lobby the socialists in an effort to drum up support for the deal.

But the cracks widened hours before the vote, when Dutch liberal MEP Marijete Schaake endorsed a resolution to refer the matter back to the Luxembourg-based European Court of Justice (ECJ).

Schaake had been automatically appointed lead MEP on the file after Patricia Lalonde’s resignation from the job following an investigation into lobbying by this website.

It means Schaake’s name is now on a report written by Lalonde, who sat on the board of a pro-Morocco lobby group and is the target of an internal parliament probe into possible conflicts of interest.

The agreement is predicated on the basis that the European Commission had obtained the consent of the Saharawi, an indigenous people living in an area violently annexed by Morocco in the 1970s.

The annexation launched a brutal 16 year-long conflict for independence, forcing tens of thousands of nomadic Saharawi into isolated refugee camps in the Algerian desert.

The warring factions ended in a shaky ceasefire in 1991 amid promises of a referendum for self-determination for the Saharawi.

The poll never took place with Morocco now acting as the de-facto administrator over a territory that is roughly the size of the United Kingdom.

Meanwhile, the European Commission says it had obtained the necessary consent of Saharawi on the trade deal with Morocco - a point fiercely contested by some.

In an op-ed published earlier on Wednesday on her website, Schaake not only distanced herself from the report with her name on it but then announced she would ask the Luxembourg court to determine whether the consent requirement had actually been met.

"This does not mean we ask the ECJ to decide for us, it means we will be able to take a vote with more legal certainty later," said Schaake.

She said asking for such a legal opinion "reaffirms the value the European parliament attaches to core principles of international law."

But that ECJ resolution failed to muster the required support among plenary MEPs, thus paving the way for Rabat and the EU to exploit resources in a territory that the United Nations says does not belong to Morocco.

Schaake had also tabled last-minute amendments to assess whether the agreement could undermine UN efforts to secure a peace deal between Morocco and the Saharawi.

In a further twist, she then abstained from the final vote on the trade deal itself, while at the same time receiving a round of applause from a delegation of Morocco officials present at the plenary after her report was passed.

With Schaake, as the parliament’s lead MEP on the pact, raising fresh doubts over the deal and refusing to fully endorse it, questions are being raised to what extent the plenary will now support a bigger trade deal on fishing.

The Sahawri government in exile known as the Polisario Front has vowed to launch an immediate legal challenge to the agreement.

The threat is not without precedence.

In 2012, the Polisario challenged an EU-Morocco liberalisation agreement and won a victory in a ruling from the ECJ in December 2016.

The court found that the agreement with Morocco cannot apply to the Western Sahara - a ruling that on Wednesday appears to have been overlooked by the European parliament.