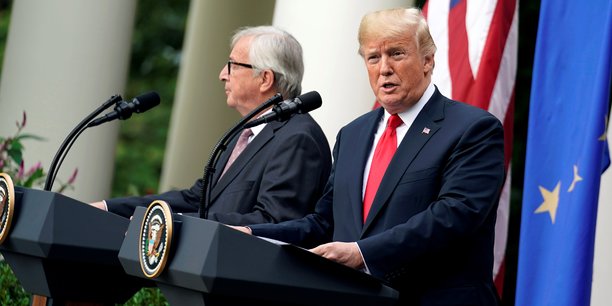 Brussels is willing to scrap tariffs on all industrial products, including cars, in its trade talks with the United States, EU trade chief Cecilia Malmström said Thursday.

“We said that we are ready from the EU side to go to zero tariffs on all industrial goods, of course if the U.S. does the same, so it would be on a reciprocal basis,” Malmström told the European Parliament’s trade committee.

“We are willing to bring down even our car tariffs down to zero … if the U.S. does the same,” she said, adding that “it would be good for us economically, and for them.”

Malmström’s comment goes beyond what was agreed in July in the joint statement between European Commission President Jean-Claude Juncker and U.S. President Donald Trump, which only mentioned eliminating tariffs, non-tariff barriers and subsidies for “non-auto industrial goods.”

Brussels and Washington are holding preparatory trade talks to define the scope of a potential future agreement. During a first meeting in Washington last week, an EU proposal for including cars in the discussions was rejected by the U.S., POLITICO reported Thursday.

The EU’s car tariff of 10 percent is higher than the general U.S. auto tariff of 2.5 percent, but America imposes a 25 percent duty on light trucks and pickups.

Malmström insisted that the discussions are not about “restarting TTIP” but aiming for “a more limited trade agreement.”

“Agriculture would not be in the agreement, nor public procurement as it looks to today,” she said.