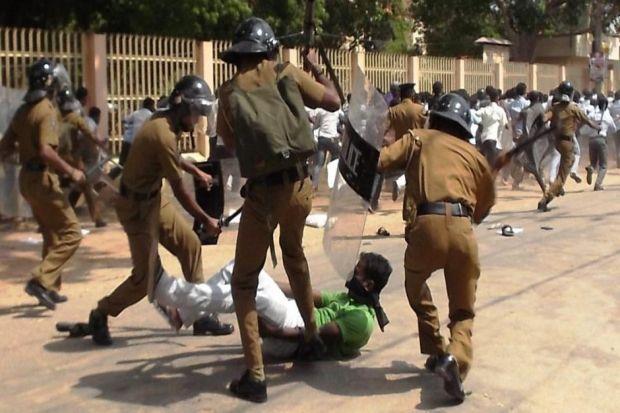 “The delegation expressed the need for deeper and faster progress in… the replacement of the PTA with legislation that is in line with Sri Lanka’s international human rights commitment,” the group said in a statement.

The visiting delegation also called for de-militarising the former war zones in the island’s northern and eastern regions, a demand made repeatedly by the international community as well as neighbouring India.

Sri Lanka is keen to have its tariff concessions restored to boost exports.

The island’s clothing industry was the main beneficiary of the EU’s generalised system of preferences (GSP Plus), using the tax breaks to sell to high-end retailers in Europe.

The EU withdrew the trade concessions in 2010 after Sri Lanka’s former regime refused to meet its human rights obligations.

As a result the cost of garment shipments to the EU have increased about 10% since GSP Plus was removed.

Former president Mahinda Rajapakse had refused to investigate allegations that troops under his command killed up to 40,000 ethnic Tamil civilians in the finals months of a 37-year separatist war that ended in May 2009.

However, the new government of President Maithripala Sirisena has agreed to address rights concerns of the international community, but it has been slow to deliver on promises of accountability for war-time atrocities.