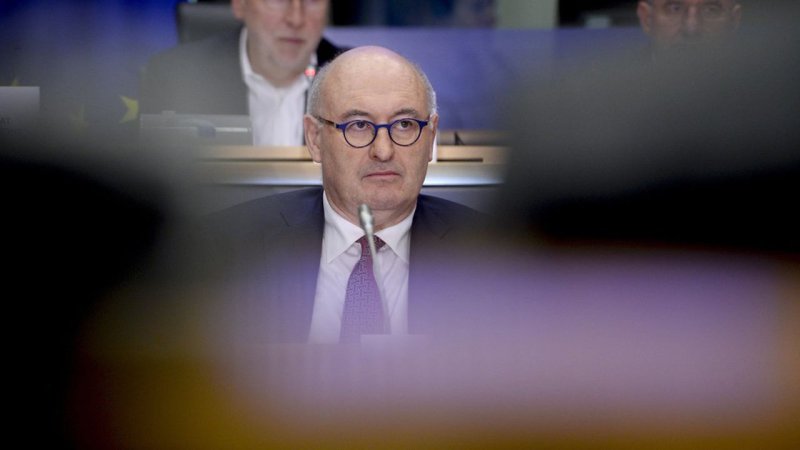 EU seeks trade truce with US amid virus crisis

The EU’s top trade official hopes the economic fallout of the coronavirus pandemic will spur efforts to heal US trade ties, bogged down in a tit-for-tat tariff feud.

The commission on Friday (15 May) will present its new strategy towards the US to trade officials from the 27 member states, some of whom view warily this efforts to make fresh inroads with US President Donald Trump.

EU Trade Commissioner Phil Hogan laid out his strategy in a letter on 30 April to US Trade Representative Robert Lighthizer, Trump’s point man in carrying out protectionist trade wars with Europe and China.

“I believe that the current crisis presents a political opportunity to address these issues, and would be happy to hear if you agree,” Hogan said in the letter, seen by AFP.

A European source said Hogan and Lighthizer had held an initial phone conversation on Monday that had gone positively.

The European Commission, the EU’s executive arm, handles all trade negotiations for the EU 27 and represents the member states at the WTO.

EU-US trade relations have deteriorated since Trump came to power more than three years ago on a promise to close his country’s yawning trade deficit with the rest of the world.

The skirmishes with Europe began when Trump imposed tariffs on steel and aluminium imports from the EU.

Brussels shot back by taxing iconic US products, including denim jeans and motorcycles.

Trump has also threatened duties on European cars, which is of particular concern to Germany, but he has so far backed down under the pressure from US lawmakers.

Hogan also emphasised the two-decade-old Airbus-Boeing dispute between Brussels and Washington at the World Trade Organization.

“It is becoming impossible to explain why the EU and the US continue to be locked in a round of tariffs and mutual recriminations on aircraft subsidies”, the commissioner wrote.

In an adjoining document, drafted by the commission, Brussels considered it “possible to resolve quickly” this dispute, as well as the fight over steel and aluminium.

“We are waiting for a signal from the US to engage in total and mutual de-escalation”, Hogan said.

Hogan’s effort to soothe ties with the US is not endorsed by all member states, with France in particular afraid the commission will give too much ground on farming.

France had refused to back the EU pursuit of a “mini deal” on tariffs as well as streamlining sluggish regulatory approval processes for meat and fruits.

Others want all efforts to be made to pacify relations with Trump before his re-election campaign hits high gear, with waging trade war on the top of his agenda.

“We are avoiding giving Washington cause to come up with new tariffs and the opportunity to redirect attention from Trump’s abysmal performance on COVID,” the diplomat added.