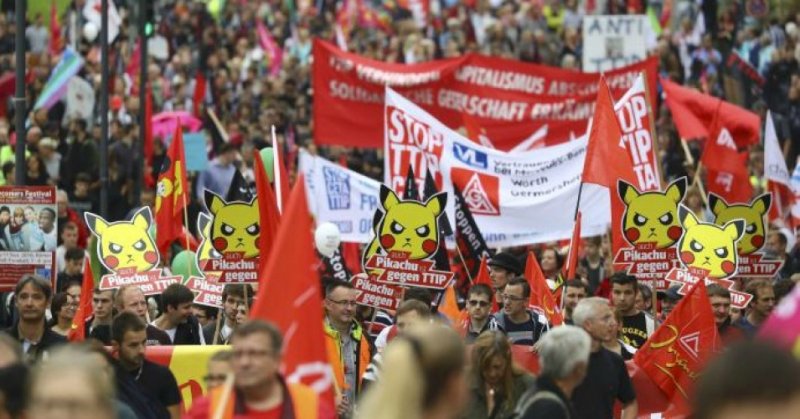 EU sets out plans for ’limited’ US trade deal

The EU pressed on Friday with plans to forge a trade deal with the US, part of an effort — backed by Germany — to avert a trade war with President Donald Trump.

Negotiating a deal was the key to a transatlantic truce secured last year after the US slapped tariffs on steel and aluminium imports from the EU and others, alarming the world.

The effort is also part of a strategy to stop Trump from slapping damaging duties on car imports from Europe, a danger that has especially unnerved Berlin.

"It is not a traditional (trade deal)... it is a limited but important proposal engaged on industrial goods tariffs only," EU trade commissioner Cecilia Malmstrom told reporters.

The process has got off to a rocky start, however, with the US side last week including agricultural products in their plans, which is an absolute no-go for the Europeans.

"In this mandate, we are not proposing any reduction of tariffs on agriculture. That area was left outside," Malmstrom insisted.

The 17-page proposal submitted by the US also included other demands that are unacceptable for the EU, including that Europe stop "manipulating" foreign exchange rates.

Given the split, the EU is entering the negotiations with trepidation, especially since the threat of auto duties is still very much alive in Washington.

The commission said it was open to slashing tariffs for US car imports as part of the deal, though Washington has proved reluctant, unwilling to expose its crucial small trucks market in return.

The commission handles trade negotiations for the EU’s 28 member states and the plans must now be approved by the national governments before negotiations start with Washington.

The deal attempt is widely understood to be pushed behind the scenes by Berlin, eager to shelter its auto giants from the wrath of Trump.

German Minister of Economics Peter Altmaier welcomed the deal and looked forward to talking "concretely" with the US.

Other member states — mainly France — are dubious that the talks are worth the trouble, especially amid populist anger ahead of European elections in May.

Opposition by activists has already resurfaced with Friends of the Earth Europe warning that "there can be no trade-offs on food standards" in the deal.

"The commission has... still not learned the lessons of its hasty approach to trade agreements. It remains locked in a dogmatism that is destructive to the European project" said Greens MEP Yannick Jadot.

"I do not see any basis for negotiations," said MEP Bernd Lange, chairman of the trade committee at the European Parliament.

"The Trump government is obviously not ready to withdraw their illegal tariffs on steel and aluminium and, on the contrary, threatens further illegal customs duties that would affect workers in Europe," the powerful German MEP added.

Brussels responded by slapping counter-tariffs on more than $3 billion in US exports like bourbon, blue jeans and Harley-Davidson motorcycles.

But Trump and European Commission President Jean-Claude Juncker in July called a truce, agreeing that as both sides pursued a trade deal, neither would impose additional tariffs.

"This is simply the commission trying to show it is abiding by the White House accord with Juncker," an EU diplomat told AFP.