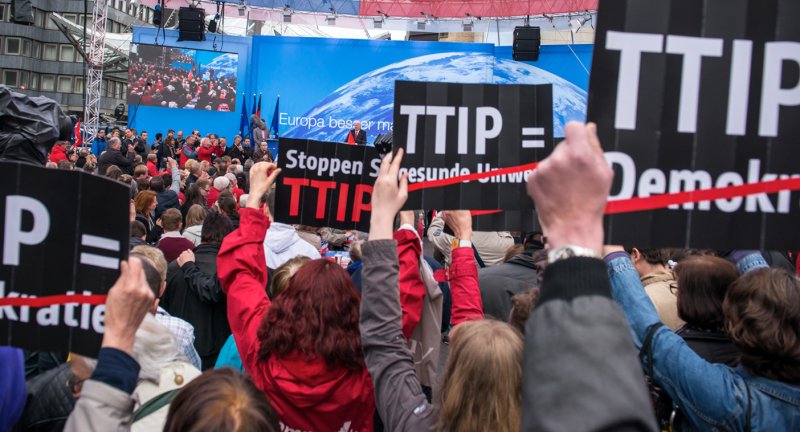 EU, US negotiators officially drop aim of concluding TTIP in 2016

Negotiators on both sides of the Atlantic have clearly given up on the idea of concluding TTIP talks this year, despite progress achieved on the technical aspects of the negotiations.

“The United States remains fully engaged in these negotiations and is committed as ever to their success”, Mullaney added.

The US official also said both sides aim to continue to make progress in the coming months, before the Obama administration folds, in early January next year. This discourse is a radical change from calls made by Mullaney during the last round of TTIP negotiations in September in Brussels to conclude TTIP this year

Negotiators and business expect TTIP negotiations to be halted in 2017 due primarily to United States elections, but also to elections in various EU member states. Some continue to put hope on the conclusion of a deal in 2018.

It is not clear TTIP can be revived once a new US administration is in place. Both presidential candidates Hillary Clinton and Donald Trump have voiced strong criticisms of international trade agreements.

Whether and when a possible Clinton administration will prioritise TTIP once a new new USTR is nominated is too early to say, although the Democrats are believed to be favourable to the idea of TTIP.

With the UK’s planned exit from the EU the future of TTIP is also in question as the EU loses a key proponent of the deal and the US a major market for its exports and mulls a separate trade deal with the UK in future.

The political context has not stopped bureaucrats and technocrats from doing the preparatory groundwork for TTIP. Twenty working groups met in New York this week (3-7 October 2016) to drive forward the technical work necessary to conclude the world’s largest free trade area.

The skeleton of a TTIP text is appearing. All sides have now tabled and exchanged texts. The bulk of TTIP’s future ‘chapters’ – there will be close to thirty of them – are now ‘consolidated’, meaning that they include both sides’ proposals. In many areas, both sides have papered over divergences in interpretation of their proposals.

Among the areas of progress this week was the so-called TBT – technical barriers to trade – chapter, one of the key chapters in TTIP’s planned ambitious regulatory cooperation pillar. Both sides have been narrowing down differences on the disciplines they see are necessary to avoid that regulations lead to unwanted discrimination against the other party. In the regulatory area, negotiators are close to finalising a deal on pharmaceuticals, automotive and medical devices.

In a sign that TTIP talks have reached a relatively advanced state, both sides have also debated the so-called rules of origin. These rules determine the amount of local content and processing that is necessary for a product of a party to qualify for the duty free treatment foreseen in the deal.

The EU and the US have traditionally very different approaches to such rules, and a key challenge is to bridge this enormous gap. The most glaring divergence in US and EU approaches are the rules of origin applied to textiles in trade agreements. Both sides have not yet come to an agreement, but discussions were “productive” and “constructive”, the US chief negotiator said.

Negotiators have carefully left out conversations on the most contentious areas in the TTIP negotiations, such as market access in public procurement, biotechnology, and data localisation.

Conversations on geographical indications, which the EU wants the US to embrace, were “very brief”, according to one negotiator. Views on investor-state dispute resolution remain wide apart, and the EU’s proposal for a court system was anything but welcomed in Washington.

There is no concrete timeline on how both sides wants to use the remaining months of the outgoing Obama administration. The EU’s chief negotiator said EU member states would take stock of TTIP during a Council meeting on 11 November 2016 and advise on the way forward. No date was set for a new round of negotiations.

This week, US Congressmen have drawn clear red lines in what they don’t want to see in TTIP. In a letter sent to USTR Michael Froman, Orrin Hatch and Kevin Brady, Chairs of the Senate Committee on Finance and of the House Ways and Means Committee respectively, said they were “deeply troubled by the EU’s attempts to include geographical indications (GIs) in the agreement”.

The two prominent congressmen added: “also concerning is the EU’s apparent unwillingness to include an adequate mechanism … for the effective resolution of investment disputes”. The two also accused the EU of “hostage taking” tactics.

There is increasing scepticism that any breakthrough on the most contentious issues can be reached this year. Peter Chase, Senior Fellow at the German Marshall Fund told Borderlex.

“We will either see a breakthrough in December, or we have to face the probability that we won’t ever see one.“