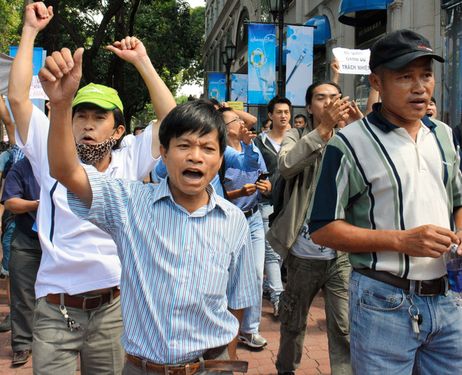 EU-Vietnam Free Trade Agreement to be signed in December

Speaking with local media, Minister of Industry and Trade Vu Huy Hoang said it had agreed with Trade of the European Commission to officially sign the agreement. “Signing is expected on December 2,” he was quoted as saying.

At a press conference in October, Ambassador - Head of the EU Delegation to Vietnam, H.E. Bruno Angelet, said that all EU members expected the agreement to be adopted and bring many benefits.

Negotiations over the EVFTA were completed in August and EU members will take about two years to ratify the agreement. “This is an important time for leaders and enterprises in the countries involved to prepare for implementation,” Ambassador Angelet said.

The FTA had been under negotiation since June 2012, with 13 formal sessions taking place. The goal was not only to open up markets but also to resolve issues on investment, the environment, competition, and sustainable development. The signing will have a significant impact on Vietnam’s economy.

The EU consists of 27 member countries and is currently Vietnam’s second-largest trading partner and its largest investor. Twenty-three countries from the EU have investment projects in Vietnam, totaling 1,688 with investment of $21 billion. The average size of each project stands at $12.6 million.

The Netherlands, the UK, France, Luxembourg, and Germany account for the most EU investments in Vietnam, representing 82 per cent of all capital. Investors are present in most key economic sectors in the country, primarily in the industrial, construction, and service sectors.