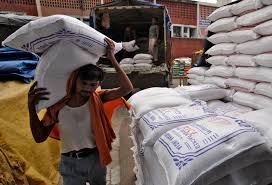 Moscow has made a decision to hold talks with Delhi on a preferential trade agreement (PTA) with between the Eurasian Economic Union (EAEU) bloc and India. EAEU is one of the largest trading bloc and five members - Russia, Kyrgyzstan, Kazakhstan, Belarus and Armenia, integrating 180 million people and nearly $5 trillion GDP.

The preferential trading agreement is one in which tariffs are reduced on certain products and can be termed as an FTA. EAEU already has FTAs with China, Iran, Vietnam, Serbia, Tajikistan, Egypt, Uzbekistan, Moldova and Ukraine.

In 2016, speaking at the, St Petersburg International Economic Forum, Russian President Vladimir Putin had said, "Now we propose considering the prospects for a more extensive Eurasian partnership involving the EAEU and countries with which we already have a close partnership – China, India, Pakistan and Iran – and certainly our CIS partners."

India and Russia have “Special and Privileged Strategic Partnership" and this year will see PM Modi visiting the country to participate in the 75th victory day celebrations in Moscow on May 9th. Victory day is the celebration of Soviet Union’s victory over Nazi Germany in World War-II.