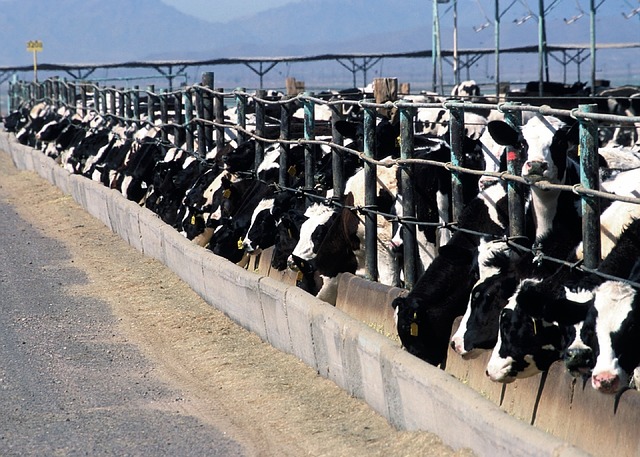 OTTAWA—European companies have been fast out of the gate to take advantage of the free trade deal between the European Union and Canada, prompting questions about what more can be done to spur Canadian firms to diversify their foreign trade.

European exports of merchandise and goods and services have seen double digit increases, outpacing Canada’s exports to Europe in the months after the trade pact with 28 nations of the European Union — known as the Comprehensive Economic and Trade Agreement — took effect on Sept. 21, 2017.

In addition to eliminating most tariffs, the pact also liberalized trade in services such as financial services, telecommunications, energy and transport, and give companies access to bid on government procurement projects.

“We saw during the first year that European enterprises and European companies were more active in Canadian market,” said Peteris Ustubs, the European Union ambassador to Canada.

Ustubs speculated that European companies were “more ready to come to Canada, they were waiting for CETA to take place.”

And he believes that the prolonged trade drama with the United States during negotiations for a new North American Free Trade Agreement — known as United States-Mexico-Canada Agreement (USMCA) and the ongoing dispute over tariffs has preoccupied governments and the corporate sector.

“Last year was a very demanding year for Canadians and Canadian enterprises as NAFTA as negotiated. I think a lot of Canadian businesses were preoccupied with the outcomes, with the considerations, what NAFTA negotiations will bring and what kind of result it is going to have,” Ustubs said during a recent discussions with reporters.

“I’m sure (having) NAFTA negotiations completed will liberate the energy of Canadian businesses to look elsewhere,” he said.

But on the Canadian side, there are complaints that European barriers to trade, especially in the areas of agriculture, have impeded Canada’s ability to take advantage of the new markets.

“It’s making it very difficult for a lot of these exporters to send products to Europe,” she said.

“Since the agreement is implemented, teams are working on this but not a lot has been really concretely changed to make trade flow better,” she said in an interview.

Citeau said that Canadian producers welcome the free trade agreement with an “important and large trading partner” but added that ongoing barriers need to get resolved “in a timely manner.”

Her concerns were driven home by a new report from the Canadian Chamber of Commerce that warned that the Canada’s crop sector has seen only mixed results from CETA because of barriers that include restrictions on pesticides, disputes over biotechnology and food safety rules “that are not based in science.”

For example, country of origin rules implemented by Italy in 2017 have meant a sharp drop-off in the exports of Canadian durum wheat to that country.

“We need to aggressively work to tackle the nontariff barriers that restrict Canadian market access,” the report concluded.

Gary Stordy, director of government and corporate affairs for the Canadian Pork Council, said that while there are some issues with the European market they’d like to see resolved, the focus is on the Asia market where demand is running high for pork products.

“One of the objectives of the industry is ensuring that we have the flexibility to maximize the value for the product . . . and right now that demand is not in the EU,” he said.

The Liberal government has touted new trade deals with Europe as well as Pacific Rim nations as success stories in efforts to diversify Canada’s trade away from U.S. markets at a time when that trading relationship is strained by rhetoric and tariffs.

On its website, Global Affairs proclaims that the European deal has been a success. “In just one year since taking effect, CETA has generated significant benefits, with increases in trade between Canada and the EU,” the department says.

But trade data from the months after the new agreement took effect in 2017 shows a discrepancy in how companies in each market are capitalizing on the opportunities.

Canada exported $36.1 billion worth of merchandise to the European Union in the period October 2017 to July 2018, up 3.3 per cent over the same period before agreement, according to data highlighted by Global Affairs. Yet, EU merchandise exports to Canada were up 12.9 per cent to $60.5 billion during that same time.

Experts are quick to warn against drawing any conclusions from just a few months of trade data, noting that it takes time to develop new markets and that trade hinges on many variables, such as worldwide demand, currency fluctuations and the economic climate.

Jason Langrish, executive director of the Canada Europe Roundtable for Business, stressed that it was still early days of the agreement but conceded that European companies have moved quicker.

“The two biggest reasons the Europeans have been faster out of the gate is because they’re more aggressive . . . and two, because Canadian firms, they’re in a bit of a defensive crouch over USMCA,” Langrish said, referring to the tensions over the trade deal with the U.S. and Mexico.

But Langrish said that he too has heard concerns from Canadian companies, in this case about problems with EU officials accepting Canadian products without demanding further testing or certification.

“There are complaints from the Canadian side that the Europeans aren’t committing enough resources to that. As you can imagine, you have to go to all the different customs terminals all around the EU that are accepting imports and make them aware of these changes,” Langrish said.

“There’s a sense the Europeans haven’t been doing that,” he said.

Brian Kingston, vice-president of international and fiscal for the Business Council of Canada, said there are early signs the agreement is working to the benefit of Canadian companies.

But like others, he too acknowledged that the experience so far with the EU trade deal underscores the need to help the small and medium-size enterprises (SMEs) that comprise the bulk of Canada’s economy tap overseas opportunities.

“It’s both a blessing and a curse that we sit beside the world’s largest economy. So it takes a little more time to recognize the opportunity through a new trade agreement,” said Kingston.

“The major exporters are large corporations because they have the resources and the know-how to enter difficult, challenging, complex foreign markets,” he said.

“If we really want to move the dial on diversification, it’s not about going out and convincing large companies. What you have to do is help SMEs recognize the opportunity and then give them the tools to go there,” Kingston said.