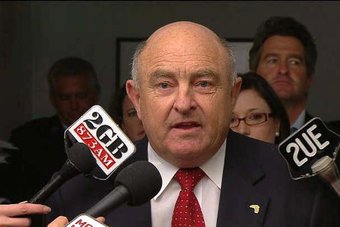 Farmers are pinning their hopes on new Trade Minister Craig Emerson to snag a bilateral agreement with Korea that could earn Australia around $800 million in 20 years.

National Farmers Federation (NFF) president David Crombie has told the organisation’s trade committee meeting in Canberra on Wednesday that an Australia-Korea deal should be secured by early next year.

Korea has agreements with Australia’s two biggest competitors, the United States and the European Union, which could sideline Australian farm exports once ratified.

Mr Crombie referred to a Centre for International Economics report that showed the US-Korea deal would slash Australia’s agricultural and food exports into Korea by $800 million by 2030.

The report estimates an Australia-Korea trade agreement would see our agriculture and food exports into the Korean market increase by 53.3 per cent by 2030, or around $700 million, even if the US deal is ratified.

"It’s an all-or-nothing proposition," he said.

"If we can clinch a Korean deal the Australian economy will be $700 million in front if not, were $800 million in the hole."

Korea is already one of Australia’s biggest markets for beef, dairy and sugar.

Mr Crombie said a deal would not only grow the Korean market but shore up an existing foothold, and be a win for Korea as Australian exports do not have home-grown competition.