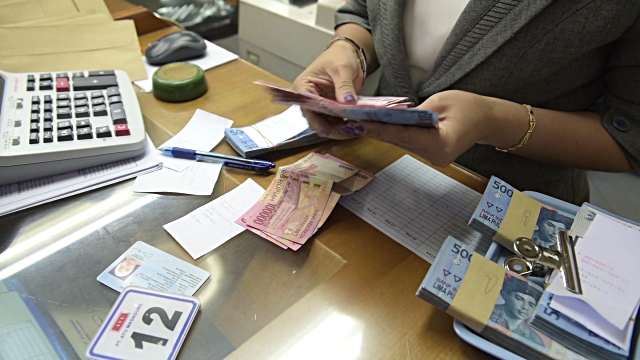 Last Sunday, on Aug. 21, the Indonesian diaspora in Brisbane, Australia, held a flag-raising ceremony right in the heart of the city, at the famous King George Square, to commemorate Indonesian Independence Day.

The Indonesian Ambassador to Australia, Nadjib Riphat Kesoema, in his remarks at the ceremony, specifically, mentioned the significant role of a successful Indonesia-Australia Comprehensive Economic Partnership Agreement (IA-CEPA) as a tool to further bilateral relations between the two nations.

This theme is particularly central in his remarks considering that both countries have earlier agreed to reactivate the negotiation of the IA-CEPA as one of the outputs from the Indonesian and Australian Trade Ministers meeting in March.

The IA-CEPA is expected to be a way forward for bilateral regional economic integration between Indonesia and Australia, which first launched back in 2010. Indonesian authorities, on several occasions, have also expressed their intentions to immediately conclude the IA-CEPA to further accelerate trading, investment and economic cooperation between both countries.

This article argues that there are prominent dangers associated with the negotiation of IA-CEPA, particularly with the financial services liberalization.

These dangers undoubtedly need to be treated with caution during negotiations of the IA-CEPA to avoid Indonesia losing out. These dangers include the one-sided penetration of financial service providers and professionals to Indonesia.

In a report just published in August, the Indonesia-Australia Business Partnership Group (IA-BPG) has highlighted the issue of penetration of financial service providers, expressing the concern about the possibility of Indonesian authorities to adopt a looser policy on limiting foreign ownership in the financial sector.

This means that Australia is targeting even greater commercial presence of Australian financial service providers in Indonesia. The Australian Department of Foreign Affairs and Trade (DFAT) has even formally conveyed that the under-developed insurance market of Indonesia is attractive for Australia’s advanced insurance companies.

To make Indonesia even inferior, there is a need to also consider existing regulations related to Indonesian capital market liberalization, where non-bank financial companies, including insurance companies, listed on the stock exchange can be 100 percent owned by foreign investors.

On the other hand, although as good as it may seem, Australia’s commitment for openness in financial services is still considerably restrictive. For instance, proposed foreign takeover or acquisition of an Australian bank will be considered on a case-by-case basis and judged on its merits.

We are still hopeful, though. At least, another favorite area of liberalization under the IA-CEPA, the banking industry, still holds foreign ownership restrictions at only 40 percent.

Nevertheless, the DFAT have identified that these barriers are a priority to be further liberalized under the IA-CEPA. In a report issued by the DFAT in 2015, there were about 1,245 finance and insurance affiliates located abroad had sales of financial and insurance services valued at around US$38.9 billion in 2009 to 2012. This, compared with exports from Australia of these services valued at only $1.4 billion. Thus, the DFAT has stressed so much on the commercial presence of Australian financial services providers as it was critical in the provision of Australian financial and insurance services abroad.

As mentioned earlier, there are prominent dangers associated with further negotiations of the IA-CEPA. Thus, it may currently be rational for the Indonesian government not to rush into closer financial services integration with Australia.

Indonesia has already lost its grip looking back at the commitments in AANZFTA. Even, we need to consider the fact that the AANZFTA agreement had gone into force on Oct. 1, 2015.

It is believed that Indonesia and Australia shall at the very least first evaluate the result of the FTA before moving forward on a bilateral agreement between them. Based on previous experiences with bilateral regional economic integration, each party will always want more liberal commitment as compared to existing commitments.

This means that Indonesia may better prepare itself to doing away with remaining restrictions.

There is, moreover, a fear that the openness of Indonesian financial services liberalization will become a trade-off to attract more investment opportunities from Australia to Indonesia, for instance, to finance long-term infrastructure projects. While this opportunity may not just be realized in the short-run, or at least remain intangible at this point of the negotiation stage, we should be afraid of the immediate and rapid expansion of Australian financial service provider to Indonesia.

Things that are urgent for the time being should be thoroughly researched, firstly, to evaluate the gains for Indonesia upon one-year implementation of the AANZFTA, and secondly, the empirical comparison of Indonesian domestic financial services providers’ losses in the short-term with the opportunity of attracting long-term infrastructure-project financing from Australia.

The writer works at the Indonesian Finance Ministry and is a PhD candidate at the School of Political Science and International Studies, University of Queensland in Brisbane, Australia.