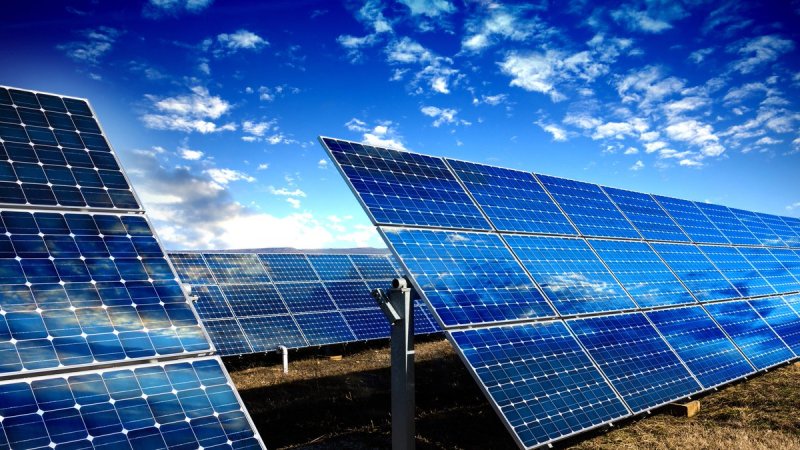 The ICSID tribunal in Eskosol in liquidazione v. Italy rejected Italy’s Rule 41.5 application to have the claim thrown out for being “manifestly without legal merit.” I offer a summary and some reflections on two interesting aspects on the tribunal’s jurisdiction.

The claimant challenged, under the Energy Charter Treaty (ECT), Italy’s 2011 regulatory rollback regarding a feed-in tariffs (FIT) scheme (check this report by the claimant’s lawyers). Investment connoisseurs are familiar with the topic, litigated in Charanne, Eiser and other exhausted or pending cases, some confidential. The claimant is an Italian company, Eskosol in liquidazione (bankruptcy receivership). Eskosol claims to have invested in a 120-megawatt photovoltaic energy project, expecting to benefit from the 20-year FIT scheme. At the time of the rollback, the Belgian company Blusun held 80% of Eskosol. Eskosol alleged that this change rendered its business unviable. It abandoned its projects, became insolvent and entered bankruptcy receivership in November 2013. In December 2015, the tribunal-appointed receiver brought the ICSID claim, on the company’s behalf.

Blusun, the Belgian company controlling 80% of Eskosol, had brought ICSID proceedings in 2014, under the ECT, against the same measures. Eskosol attempted to file a non-party submission in that arbitration, asserting that Blusun had usurped its claim and sought damages owed to Eskosol alone. Blusun’s abusive claim would prejudice the rights of Eskosol, its creditors and its minority (non-Belgian) shareholders, since Blusun showed no intention to channel any potential gain to Eskosol. Eskosol’s request was denied. Blusun’s claim failed on the merits in December 2016, and in May 2017 Blusun launched annulment proceedings.

In Eskosol, Italy raised four Rule 41.5 objections for expedite consideration (i.e., invoking glaring legal impediments and not hinging on disputed facts [36; 98]; see Álvarez y Marín [95]). The tribunal considered Eskosol’s claim not “manifestly” meritless. This conclusion does not prejudge the defendant’s full preliminary objections, which the tribunal shall examine, jointly with the merits, in the next phase.

1. Nationality of the investor and “foreign control”

Eskosol, an Italian company, sued Italy invoking “foreign control,” under Article 25.2(b) of the ICSID Convention and Article 26.7 of the ECT, which reads:

An Investor … which has the nationality of a Contracting Party … and which, before a dispute … arises, is controlled by Investors of another Contracting Party, shall for the purpose of article 25(2)(b) of the ICSID Convention be treated as a “national of another State.”

Italy rebutted that foreign control must be ascertained at the moment of consent to arbitration (the presentation of the ICSID claim) and that, since 2013, the claimant was no longer under foreign control. The bankruptcy declaration shifted the company’s control to an Italian receiver supervised by an Italian judge. The 80% equity held continuously by Belgian Blusun, which lost management powers, would not evince effective foreign control at the time of the arbitration. Effective – rather than formal – control is required under Article 25.2(b) ICSID and Article 26.7 ECT, in light of the Understanding regarding Article 1.6, annexed to the ECT.

The tribunal noted that neither provision requires expressly foreign control on the date of consent. It doubted whether Article 25.2(b) ICSID stipulates such requirement, remarking that Rule 41.5 proceedings are ill-fitted for the interpretation of “ambiguous treaty language” [99]. This conclusion pre-empted the analysis of the “effective control” objection, which sought to rebut the presumption that mere foreign majority shareholding equals “foreign control.”

Italy also characterised the claimant as a mere instrumentality of the Belgian holding company, not an actual “investor.” The tribunal understood this objection to suggest that the ICSID concept of “investor” has some objective features, including “some threshold level of substance in operation, beyond legal form” [118]. The tribunal appreciated the “interesting question,” a variation of the familiar inquiry into the objective features of ICSID “investments.” However, a lack of precedents and the relevance of disputed facts to this objection made it impossible to uphold in Rule 41.5. proceedings [120].

Italy also argued fork-in-the-road and res judicata, invoking the parallel Blusun arbitration. Under Article 26.3(b)(i) ECT, consent to arbitration is withdrawn when the investor already submitted the dispute to domestic courts or other agreed procedures. A fortiori, Italy argued, repeat ECT claims brought to ICSID must be barred. For the tribunal, the case’s circumstances evoke “repeat travels down the identical path” rather than T-junctions, and would be better addressed by the res judicata objection [134]. The tribunal doubted whether Blusun and Eskosol are the same investor [135], a requirement of fork-in-the-road objections.

The same doubt affected the res judicata claim. The tribunal observed that the ECT offers separately arbitration to local companies’ foreign shareholders (the shares being their investment) and/or to those same companies, autonomously, on grounds of foreign control. Essentially, the Treaty itself paves the way for parallel claims.

The tribunal acknowledged the risk of abuse, for instance when a company and the shareholders holding its 100% act separately [167]. In Eskosol, however, Blusun’s share was 80% and the two claims were not coordinated, hence Blusun and Eskosol were not “manifestly” the same party. Without an ICSID mechanism requiring the joinder of shareholders’ and companies’ claims, their respective actions can proceed separately [170].

Finally, the tribunal invited Italy to share the Blusun award with the tribunal. Therein might be some persuasive arguments pointing to the same conclusions on the merits, pace all plausible worries regarding procedural abuse and duplication [171].

When Control Must Be Assessed under ECT Article 26

Let us sidestep for argument’s sake the plausible argument that Article 25 ICSID requires foreign control when arbitration is launched – which would make Italy’s case much stronger, pushing the relevant date back by years.

The tribunal’s analysis under the ECT rules is quite cavalier. Article 26 ECT requires foreign control “before a dispute.” It discourages nationality-shopping, that is, seeking access to arbitration after the dispute, through foreign control. Essentially, “before a dispute” stands for “not after it.” The claimant readily conceded this clause to mean “immediately before” or “as of the moment” the dispute arose: the time to ascertain control is not any time before the dispute, but precisely when the dispute arises [96].

Yet, the tribunal did not bother checking when the dispute arose. Simply, since “at the time of the two State measures challenged” Eskosol was controlled by Blusun, the requirement was “indisputabl[y]” met [87; 97].

This is a non sequitur: nothing in the decision suggests that the dispute arose precisely when the measures were passed, and a coincidence of dates cannot be presumed. See Duke v Peru [148]:

… the existence of the dispute presupposes a minimum of communications between the parties, one party taking up the matter with the other, with the latter opposing the Claimant’s position directly or indirectly.

Disputes might pre-date the contentious measures, see Venezuela Holdings v Venezuela [210]. More typically, dispute follow the breach, crystallising when the claimant’s notification of a complaint based on certain putative rights is ignored or rejected. Disputes arise when there is a certifiable difference of views regarding the parties’ legal positions vis-à-vis each other, “concern[ing] an alleged breach of an obligation [of the ECT]” (Article 26.1 ECT).

Recently, both the ITLOS (in Norstar [85; 132]) and the International Court of Justice (in Marshall Islands [37-40]) inquired into the decisive matter of whether a dispute arose – and when. They did not take disputes for granted, as the Eskosol tribunal apparently did. The question is vital: if the dispute arose after the Belgian shareholder lost control, between 2013 and 2015, the tribunal might lack competence.

Ultimately, if entry into receivership marks the moment after which “foreign control” ceases to exist (see below), Eskosol must prove that an ECT-related dispute already existed then, lest the tribunal throw the case out, even ex proprio motu.

Neither Article 25.2(b) ICSID nor Article 26.7 ECT expressly requires effective “foreign control,” but control, unlike ownership, cannot be determined formalistically. ECT parties’ Understanding regarding Article 1.6 confirms as much: control means “control in fact, determined after an examination of the actual circumstances in each situation.”

the existence and materiality of this foreign control have to be objectively proven in order … to establish ICSID jurisdiction … [a fortiori] when ultimate control is alleged to be in the hands of nationals of the host State, whose formal nationality is also that of the Claimant corporation.

Whilst the tribunal referred to this doctrine only “for the sake of argument” [100; 108], it seems commonly accepted, see National Gas v Egypt [149]. Even assuming arguendo that effective foreign control as necessary, the tribunal doubted that bankruptcy receivership ended it. Two comments are appropriate.

First, the tribunal accepted arguendo Italy’s argument that the bankruptcy filing displaced foreign control. This is a proposition based on Italian law, essentially a factual matter which, understandably, might be unfit for resolution through Rule 41.5 proceedings. Yet, the tribunal oddly remarked that foreign control would only disappear

… so long as the entity remains in bankruptcy; … [Eskosol’s] shareholders could choose to infuse additional capital into the company, or strike a direct payment deal of some sort with Eskosol’s creditors, to enable it to satisfy its debts and return to operations [104].

Why the tribunal daydreamt about such scenario is unclear. The jurisdictional test requires ascertaining who held effective control at a precise moment (of the dispute or the claim), not who could hypothetically recover it in the future, or who held it in the past (the tribunal slipped in references to Blusun’s control “prior” to the bankruptcy [104] and the contentious measures [105]).

Jurisdictional requirements must be ascertained as existing, not as imaginary. Historic or even hypothetical foreign control (that Eskosol’s shareholders “could choose” to reinstate) is so fundamentally irrelevant for the tribunal’s competence that its mentioning is alarming.

Second, the tribunal is apparently concerned about unfair outcomes of the Loewen kind.

the State could avoid scrutiny of its acts by virtue of their own consequences, simply by invoking the predictable reality that local bankruptcy proceedings always will be supervised by local courts …there … is no logic to divesting the entity of its otherwise applicable right to seek redress for grievances against the State – particularly when doing so might enable it to reverse its financial fortunes enough to emerge from bankruptcy [106].

This sentence betrays the tribunal’s temptation to disregard “effective foreign control” for equity reasons, but it misfires. Italy’s objection is not purely ratione voluntatis, but also ratione temporis. There was no fundamental preclusion of Eskosol’s right to bring ICSID claims. When the challenged measures occurred, years before the bankruptcy, Eskosol could take steps to bring arbitration proceedings (notifying its discontent, occasioning a dispute, seeking an amicable settlement for three months). This was possible in 2011, 2012 and most of 2013.

If, subsequently, the claimant no longer met Article 26.7 ECT’s requirement, it was not because it was “divested of its otherwise applicable right,” but because it failed to exercise it timely. Certainly, the tribunal’s jurisdiction cannot be expanded ex aequo et bono just because, if the claimant succeeded, its “its financial fortunes” could be reversed.