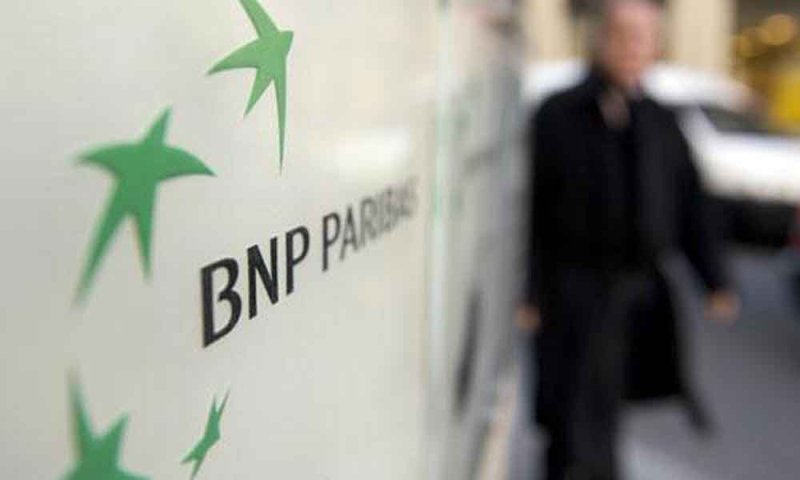 Mr Fabius said the treaty had to be based on "reciprocity".

Media reports have suggested BNP Paribas is negotiating with US authorities over allegations of broken trade sanctions.

US President Barack Obama has dismissed French calls to intervene in the row.

According to media reports, BNP Paribas is alleged to have broken US trade sanctions against Sudan, Iran and Cuba.

Mr Fabius told RTL radio that negotiations over the Trans-Atlantic Trade and Investment Partnership (TTIP) could be hurt by the issue.

The EU and the US restarted transatlantic trade talks in May.

His warning comes during a visit by Mr Obama to Europe, where the US president held bilateral talks with his French counterpart, Francois Hollande.

On Thursday, Mr Obama dismissed any prospect that he might intervene to help BNP Paribas.

"The tradition of the United States is that the president does not meddle in prosecutions," he said.

Mr Fabius has previously said a fine of the size suggested would be "an extremely serious problem", an "unfair and unilateral decision" and "not reasonable".

In April, BNP Paribas said it had set aside $1.1bn to cover the cost of US penalties, but that the "amount of the fines could be far in excess of the amount of the provision".