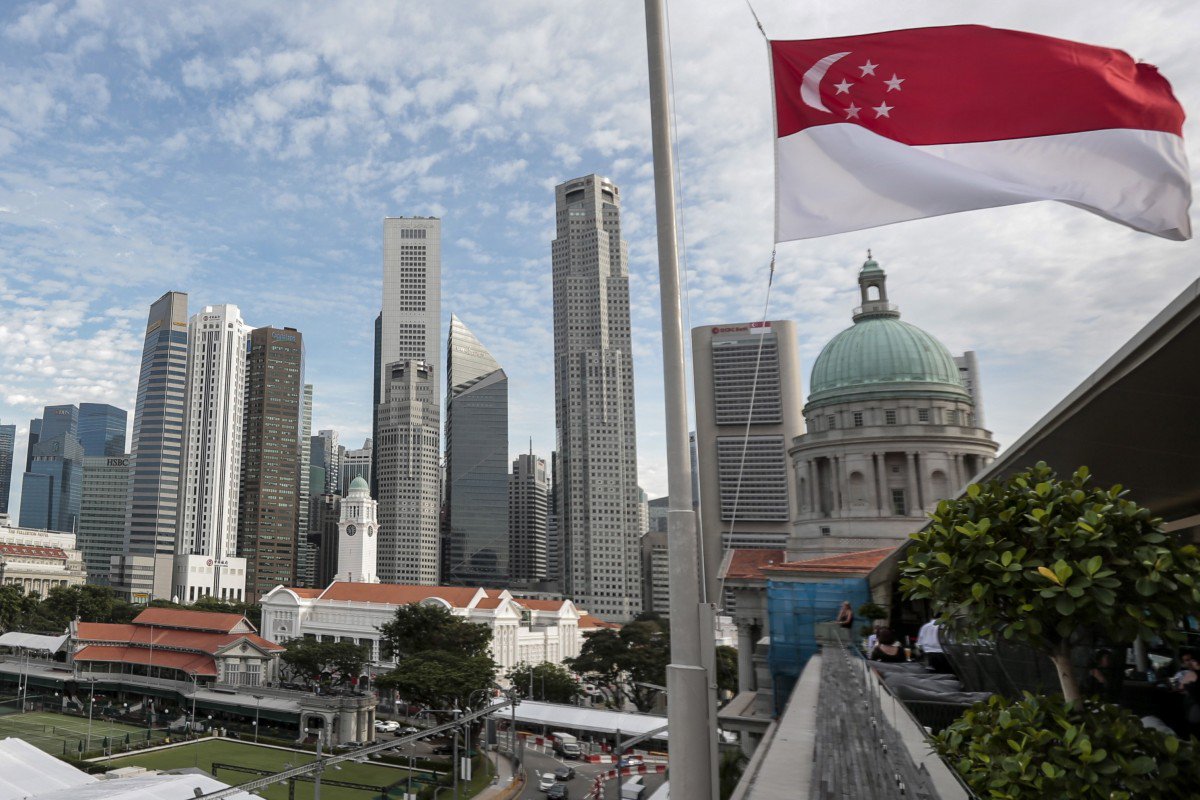 Free trade agreement between Singapore and Britain in the works: Vivian Balakrishnan

Singapore is working with Britain on a trade deal that will port the provisions of the EU-Singapore Free Trade Agreement (EUSFTA) to the United Kingdom, said Foreign Affairs Minister Vivian Balakrishnan on Thursday (Aug 1).

This is regardless of whether Britain proceeds to leave the EU on Oct 31, with or without a deal, he said.

Dr Balakrishnan was speaking on the sidelines of the 52nd ASEAN Foreign Ministers’ Meeting and Related Meetings (AMM) in Bangkok.

Singapore and the EU inked a landmark free trade agreement in October 2018 that will eliminate tariffs and give businesses across various sectors, especially small- and medium-sized enterprises (SMEs), better market access.

The deal signifies both parties’ commitment to the values of free trade and cooperation, said Prime Minister Lee Hsien Loong, who signed the agreement with EU leaders at the 12th Asia-Europe Meeting (ASEM) Summit in Brussels.

With under 100 days before Britain leaves the EU regardless of whether it has a transition deal to preserve trading arrangements with the bloc, officials on both sides will have to work "feverishly" to have the short form agreement ready by Oct 31, Dr Balakrishnan said.

"Assuming everyone works feverishly over the next couple of months, it may be possible to have that all ready so that when Brexit actually occurs, let’s assume it occurs on the first of November, even without a deal, the UK would have at least one free trade agreement in Southeast Asia and that would be with Singapore," he said.

The minister added: "And I said we do this because we both believe that we have a strong fundamental belief in the value of free trade."

The free trade system, however, is under stress from the effects of the US-China trade war, which Dr Balakrishnan noted has led to "increasing concerns".

"What we need to do ... is to prepare ourselves for all eventualities," he said.

"Now what does that mean? It means internally within ASEAN, we are doubling down on free trade and on integration, integrating our economies.

"We’re doubling down on investments, attracting as much investment and infrastructure - and in particular on the digital side of the house - as possible," he said.

Another area the bloc is also "doubling down" on is training and education.

Dr Balakrishnan said that Singapore is preparing its citizens for the "jobs of the future, rather than squabbling about yesterday’s jobs and yesterday’s technologies".

"We’re also trying to ensure that Southeast Asia remains an open and inclusive zone that’s friends with all, open for business with everyone, provides a stable and attractive environment for investments flow," he added.

"If you look at all these measures that we’re undertaking, committing to right now, I think we’re on the right track."

Dr Balakrishnan also said that maintaining consensus among the 10 ASEAN members will help protect the interests of the regional countries.

He pointed out that ASEAN must continue to show the rest of world that it stands for free trade, openness and inclusiveness, and continues to promote the flow of investments in order to achieve maximum results on its own terms.

He congratulated Mr Raab on his appointment and welcomed the UK’s continued efforts to strengthen its engagement of ASEAN, said the Ministry of Foreign Affairs in a press release.

With the 52nd AMM marking EU High Representative for Foreign Affairs and Security Policy Federica Mogherini’s last ASEAN meeting in her current capacity, Dr Balakrishnan also thanked her for her strong support and personal efforts in deepening both ASEAN-EU and Singapore-EU relations.