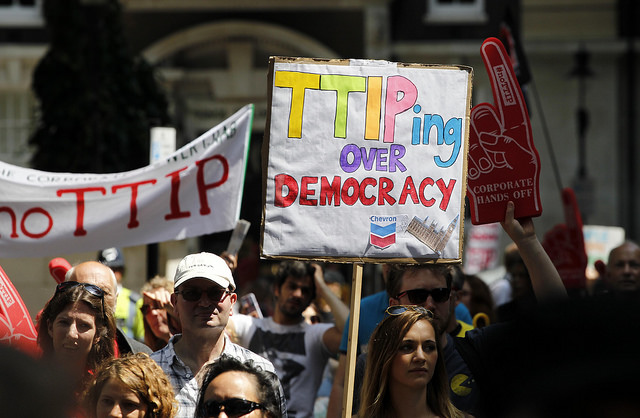 Negotiations for an EU-US free trade agreement "are not transparent" and could end if no progress is made, French trade minister Mathias Fekl said.

Talks between the European Commission and US authorities are going on "in a complete lack of transparency and a big opacity, and this poses a democratic problem," Fekl said in an interview with French regional newspaper Sud Ouest published Monday (28 September).

Negotiations for the so-called Transatlantic Trade and Investment Partnership (TTIP) started in July 2013 and will not be completed this year, as previously expected by the EU.

"Europe made multiple offers, on all issues, and in return got no serious offer for the Americans, neither on access to their public procurements, nor on access to agricultural and food-processing markets, which remain closed," Fekl detailed.

"There is too much asymmetry, not enough reciprocity," between the EU and the US, he said, adding that the US does not show interest in EU demands on public services and the arbitration system.

On 16 September, EU trade commissioner Cecilia Malmstrom presented plans for an "investment court system" that would replace the ISDS (investor-to-state dispute settlement) mechanism that has been planned so far in the TTIP.

ISDS, which is a private arbitration system, has been opposed by NGOs, MEPs and some countries including France.

"If nothing changes, that will show that there is no will to achieve mutually beneficial negotiations," Fekl said.

"France is considering all options, including an outright end of negotiations".