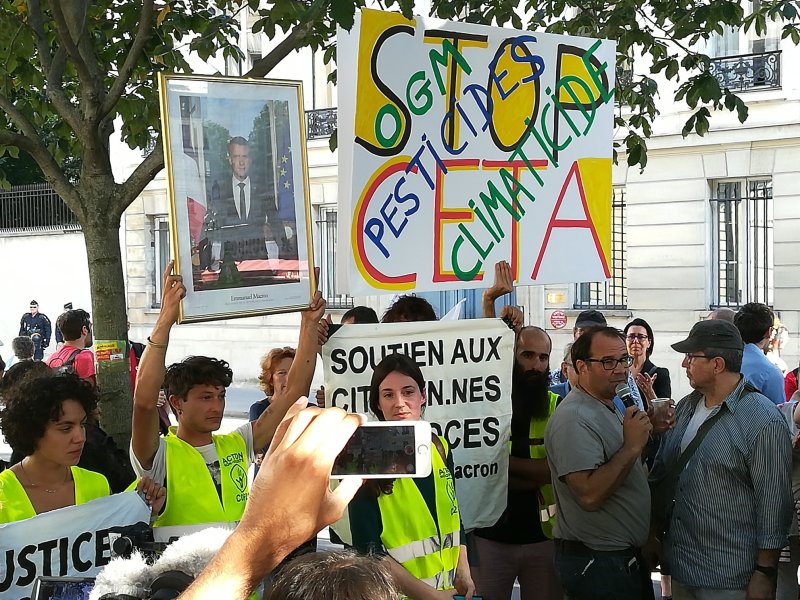 French lawmakers at the National Assembly, the country’s lower house of parliament, cast 266 votes in favour, 213 against and 74 abstentions, with several deputies of President Emmanuel Macron’s party voting against the controversial legislation.

Macron’s LREM party and its centrist ally Modem together have 349 seats in the 577-seat National Assembly.

All leftist and far-right parties voted against the agreement, but among the conservative Les Republicains, one lawmaker voted in favour of the treaty and five abstained.

Ahead of the vote, popular former environment minister Nicolas Hulot, NGOs and green lawmakers had urged parliament to vote against the Comprehensive Economic and Trade Agreement (CETA).

They said the treaty undermines the European Union’s social and ecological regulations by importing products made under conditions that would not be allowed in Europe.

A group of Canadian opposition legislators also urged their French counterparts to reject the deal.

The free trade deal was signed in October of 2016 and entered into provisional force in September 2017, sweeping away tariffs on 98 per cent of goods.

CETA will only enter into force fully and definitively, when all 28 EU member states have ratified the agreement.

France is the 14th EU country to approve CETA.

The French Senate will vote on it in the autumn too but does not have the power to block it.

The Liberal government of Prime Minister Justin Trudeau defends the deal, saying it has already led to an increase in trade between Canada and the EU.

Canadian imports from France, in particular, have grown by 21 per cent in the first 18 months after the implementation of the agreement, and by 11 per cent in the agrifood sector, according to Global Affairs Canada.

Direct Canadian investments in France have increased by nearly 10 per cent in 2018.