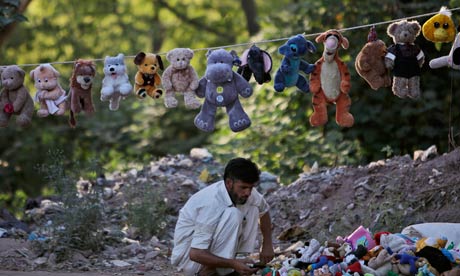 ISLAMABAD: Imports from China have been persistently rising even in the no concession category whereas Pakistan has been able to increase its exports only in the first two categories, reveals a study on Pakistan-China FTA available with The News.

In the remaining three categories, Pakistan is either losing its export share or has not been able to significantly increase it, says the study.

The study says that the reason for the inability of Pakistan to increase its exports significantly in all concession categories is the more favourable tariff concessions granted by China to its other trading partners, due to which Pakistani exports become uncompetitive.

The marginal tariff concessions provided by Chinese authorities would not help Pakistan make inroads in the Chinese market unless tariff concessions granted to Pakistani exporters place them at par with other countries with which China has preferential trading arrangements, the study adds.

Pakistan Institute of Trade and Development (PITAD) conducted the study, ‘Evaluation of Pakistan-China FTA’. It provides recommendations for trade negotiations in the Phase-II.

The effect of rapidly increasing imports from China on the domestic industry of Pakistan was also analysed by conducting a survey of stakeholders.

The results of the study highlight that products in which Pakistan’s exports to China increased in the post-FTA period include cotton products of chapter 52, chromium ores and concentrates of chapter 26, fish prepared or preserved and fish fillet of chapter 16, copper wire of chapter 74, frozen flat fish of chapter 03, waste, parings and scrap of plastics of chapter 39 and marble and travertine of chapter 25.

This product composition reveals the lack of export diversification and concentration in raw material and intermediate product exports to China even in the post-FTA period.

There has been little shift in the comparative advantage pattern of Pakistan’s export products in the Chinese market, says the study.

Pakistan is a developing country and tariff is one of the major sources of revenue. The revenue loss incurred to Pakistan due to exemptions offered to Chinese products was to the tune of Rs139 million in 2006-07 during EHP period, which increased to a staggering figure of Rs6.1 billion in 2009-10.

The study reveals that Pakistan-China FTA is the most utilised FTA of all such agreements Pakistan has signed.

China’s specific provision of low tariffs and other exemptions to the ASEAN and APTA countries has to some extent eroded the FTA preferences of Pakistani exporters in the Chinese market.

There is considerable evidence of trade diversion as Pakistani importers have shifted their imports from other countries like Germany towards China.

Similarly, trade creation effect is also observed as importers reported low per unit price as the major reason for import from China, says the study.