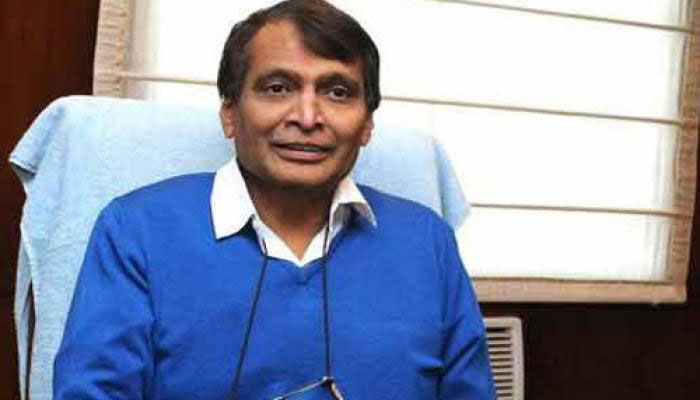 FTA, investments to figure in Suresh Prabhu’s visit to Australia

The long pending free trade agreement with Australia and ways to promote investments will figure prominently during the visit of Commerce and Industry Minister Suresh Prabhu to Canberra on June 26.

"We will be discussing in detail the proposed free trade agreement during this visit," Prabhu told PTI.

The negotiation for the pact, officially dubbed as Comprehensive Economic Cooperation Agreement (CECA) between India and Australia, was started in 2011 to provide fillip to both trade and investments between the countries.

Several rounds of negotiations have been completed for liberalising trade and services regime besides removing non-tariff barriers and encouraging investments.

But, both the sides have yet to resolve issues pertaining to goods (sectors such as agriculture, wines and dairy) and services (easing visa norms for movement of professionals).

India has stated that agriculture is a sensitive sector for the country and it has to protect its small farmers.

"I am going in June for trade talks and for the joint CEO forum meeting," he said.

Prabhu said that Australia can consider investing in agri sector infrastructure like cold storage and food processing as "this will be a win win for both the sides".

This meeting assumes significance as Australia is a member in the mega trade deal -Regional Comprehensive Economic Partnership (RCEP). The talk for this deal too is stretching as the 16-member bloc have yet to iron out differences on several issues.

In a free trade agreement, two or more trading partners significantly cut or eliminate customs duties on most of the goods traded between them. Besides, the countries liberalise norms to promote investments and services trade as well.

The bilateral trade between India and Australia increased to USD 18 billion in 2016-17 from USD 14.11 billion in the previous fiscal. Trade balance is highly in favour of Australia.

Further, talking about his US visit next week, Prabhu said that he would be meeting US Commerce Secretary Wilbur Ross and US Trade Representative (USTR) Robert E Lighthizer.

The minister will also hold discussions with dairy and medical equipment of the US as they have raised concerns about certain domestic policies in the sector.