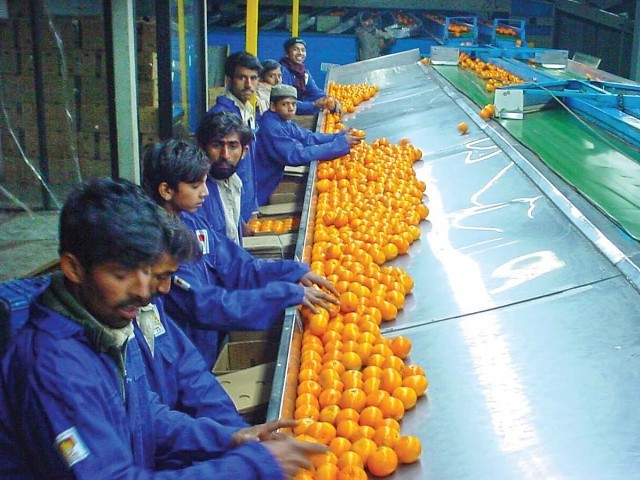 Indonesia has imposed a ban on import of kinnow from November to February from across the world. But Pakistan’s kinnow export season is January and February.

Commerce Ministry had poorly negotiated PTA with Indonesia during the PPP government and there were visible indications that some prominent importers of edible oil struck a "lucrative" deal with officials in the Ministry and TDAP.

Pakistan’s main focus in PTA was to export Kinnows against import of palm oil, which was highly in favour of Indonesia. Pakistan has extended financial benefit of $800 million per annum to Indonesia against $40-50 million.

Commerce Minister Khurram Dastgir Khan was also not satisfied with FTAs and PTAs signed with other countries and directed the bureaucracy to review all the pacts.

The sources revealed that a Pakistani delegation visited Indonesia last week to review the PTA and convey Pakistan’s concerns as the pact is entirely in favour of Indonesia.

Commerce Minister who was also in Jakarta recently urged his counterpart to reconsider the import quota policy for Pakistan for items included in PTA and emphasised that a quota-free market access would help Pakistani exports to Indonesia to also grow.

"Indonesia wants an FTA but Pakistan is unwilling to proceed on this matter until its apprehensions are removed before next meeting scheduled to be held in November 2016," the sources added.

Pakistan, sources said, has also shared an analysis of PTA’s impact and to some extent Indonesians were convinced and promised to resolve the discrepancy.

"Pakistan has also conveyed that if its concerns are not rectified, Islamabad can re-divert its focus to Malaysia," the sources maintained.

Indonesia had given less market access to Pakistan on garments and bed-sheets compared to India, China and some ASEAN countries.

"Pakistan has now sought more market access in garments and bed-sheets as compared to India, China and ASEAN countries," the sources further added.

Islamabad has raised the issue of kinnow, rice, potato and meat exports. Indonesia has given permission for one specific variety of potato used in chips but Pakistan has urged Indonesia to include all verities of potato in PTA as well.

Replying to a question regarding export of 10,000 tons rice, the sources said, Pakistan has signed a Memorandum of Understanding (MoU) with Indonesia but the latter maintained a complete silence after the pact. However, Pakistan has stressed that Indonesia must ensure it buys rice from Pakistan in accordance with the pact.

Indonesia has imposed a ban on import of Kinnow from November to February from across the world. But Pakistan’s kinnow export season is January and February. This implies that if Pakistan does not export kinnow in January and February, it’s out of the Indonesian market.

Indonesia has also set a condition that it will import meat from those countries which are free from foot and mouth disease and Pakistan is not free from this disease. However, some zones are free of this disease. Pakistan has urged Indonesia to procure meat from Pakistan on a zone basis.

According to sources, Indonesian authorities have promised to look into Pakistan’s concerns positively and after consulting stakeholders and approval from Parliament it would be in a position to negotiate PTA with Pakistan on a more equitable basis.